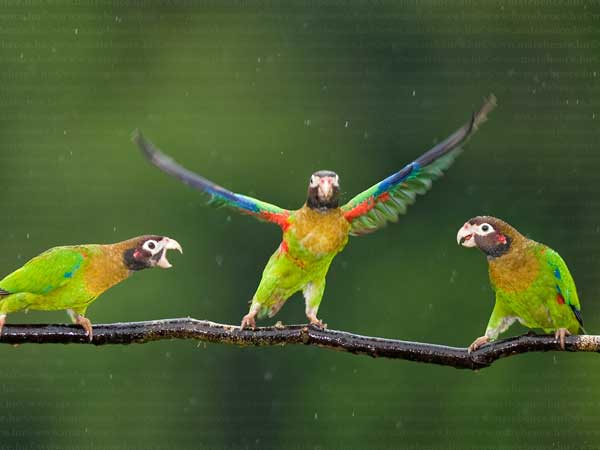 An extraordinary crisis needs an extraordinary response. And, it’s an extraordinary situation in CBI indeed today. But unlike what a section of the media wants us to believe, it’s not a CBI vs CBI case, neither allegations of erstwhile number one CBI officer vs those of the number two. It is a case of an investigation by CBI with the support of the erstwhile director against a special director brought in from outside the system against whom some serious bribery allegations have been raised, the investigation of which was not stopped even by the Su?preme Court, though an arrest of the special director was restrained for a few days.

Constitutional position: In a dramatic turn of events on October 23 midnight, CBI director Alok Verma and his deputy special director Ra?k?e?sh Asthana and several other officers were sent on leave by the government. The government said the order was necessary to maintain the “institutional integrity and credibility of India’s investigation agency,” terming the infighting in CBI “extraordinary”. New acting director Nageshwar Rao has, within hours of taking over, transferred 14 officers, including those investigating Asthana’s case, to Andaman. He has so far been an assistant director, far junior in the CBI pecking order, below additional directors. The government clai?med the steps were taken on the recommendations of the central vigilance commissioner (CVC). Rao himself faces bribery charge taint with regards to no action taken in VGN Developers’ corruption case in Chennai.

Outgoing director Verma who was “sent on leave”, approached the Supreme Cou?rt, challenging the order. The matter will now be heard on Friday. It’s important to note that the Supreme Court had earlier ordered selection of the CBI director through a collegium of the prime minister, the leader of opposition and the Chief Justice of In?d?ia for a minimum term of 2 ye?ars, which can’t be cut sh?ort by the government. This selection panel was set up un?der The Lokpal and Lo?k?a?yuktas Act, 2013. Befo?re this CVC, un?d?er the CVC Act, had this po?wer. That is how Verma was selected director of CBI. The government had earlier appointed Asthana as acting director, and was forced to have him continue in CBI as the special director instead. Naturally, this has been challenged in the Sup?r?eme Court by Verma and the case will come up for hearing on October 26.

FIR against Asthana & te?am: CBI had earlier boo?ked Asthana in a bribery scandal, naming him an accused in an FIR, for demanding and taking bribe from a businessman who was under investigation in the Moin Qureshi corruption case by a special investigation team  headed by Asthana. According to sources, CBI has put telephone intercepts, WhatsApp messages, money trail and a statement before the magistrate under section 164.

Exposing the fault lines within, CBI on September 21, had said it had informed CVC that it was investigating Asthana in six cases of corruption. CBI has also said As?thana was maligning Ver?ma’s image and trying to “intimidate” officials by sending a “frivolous” complaint to CVC against the director.

Verma had made his unhappiness clear even in July. In a note marked “secret” and sent to the government then, made the point that “names of officers who were being considered for induction in CBI were under exa?m?ination by CBI as suspe?cts/accused in criminal cases under investigation with this bureau”. The objection was to Asthana attending a CBI committee meeting.

Asthana also brought in allegations against his former boss Verma with regard to bribes taken from people being investigated by CBI, for which no FIR has been filed and no evidences submitted in any court of law.

SC’s role ahead: All eyes are on the Supreme Court now. A bench comprising Chief Justice Ranjan Gogoi and Justices SK Kaul and KM Joseph considered the submission of Verma that his plea against the Centre’s decision to send him on leave required urgent hearing, and the case will come up for hearing on Friday.

The constitutional validity of the CBI director’s removal shall be the central piece of judicial enquiry. It remains to be seen if the court honours its own past decision of making the CBI director’s post sacrosanct for a two-year tenure, with no political interference, or goes with the government that it was an extraordinary situation and hence the unusual measure was justified.

The possibility is that the Supreme Court will reinstate the CBI director due to the constitutional protection the position enjoys. That will be a setback for the government indeed. Second, if Verma gets back his powers as director, chances of a CBI enquiry into the Rafale deal are highly possible since Verma had met advocate Prashant Bhusan once to get full details of the Rafale corruption cha?r?ges brought forth by Bhus?han, Arun Shourie and Yashwant Sinha earlier. Whether he can have his way and his team back even if he gets his position, is yet to be seen.

Then, the Asthana case coming up for hearing in the Supreme Court on October 29 will be another flash point and may lead to several sensitive cases being exposed with regard to their political implications. Asthana has spearheaded several important investigations like AgustaWestland scam, fodder scam, coal scam and Vijay Mallya case. Asthana was also probing the INX Media case, allegedly involving former minister P Chidambaram as well as the IRCTC tender issuance case involving former Bihar chief minister Lalu Prasad. It is observed by many legal luminaries and political observers that Asthana was brought in by the government on NSA Ajit Doval’s advice, to derail the Vyapam investigation and fix political opponents in the cases noted above.

In fact, based on the Su?preme Court stand on Friday, a Pandora’s box may open up with many worms coming out which can have large-scale political implications.

Long-term impact: Earlier during the UPA rule, CBI has been criticised for being a “caged parrot speaking in its master’s voice” due to its excessive political interference irrespective of which party happened to be in power at the time. Because of CBI’s political overtones, it has been exposed by former officials such as Joginder Singh and BR Lall (director and joint director, respectively) as engaging in nepotism, wrongful prosecution and corruption. Lall’s book, ‘Who Owns CBI’, details how investigations are manipulated and derailed. Corruption within the organisation has been revealed in information obtained under the RTI Act, and RTI activist Krishnanand Tripathi has alleged harassment from CBI to save itself from exposure via RTI. The current impasse will open this conversation on CBI’s autonomy from its political masters once again, and the constitutionality of the agency once and for all.

(The writer is the dean of media, Pearl Academy, Delhi & Mumbai)