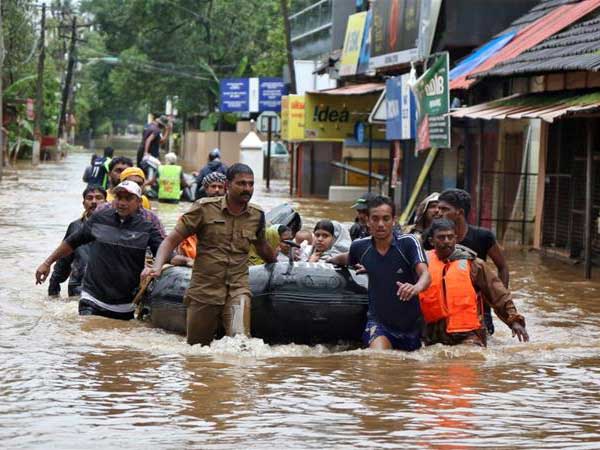 Monsoon made such a splash in Kerala last month that it swept away not just precious lives but also rich flora & fauna leaving in its wake a trail of unmatched destruction. One without any precedence since the past century. India is suitably ranked as a region most prone to the world’s worst both natural and man-made disasters, clubbed with pollution and other environmental damages.

The Kerala floods — categorised as a ‘calamity of severe nature’ instead of ‘national disaster’ — have proved that disasters are no more extraordinary events.  To add to it, their cause is not completely natural. Many experts have argued and put up convincing facts to tag the floods as a ‘man-made’ or ‘anthropogenic’ activity. This was expected when the gates of 90 per cent of the state’s dam(s) were opened.

In 2011, the Gadgill Committee had listed Kerala among the top states containing the highest number of ecologically sensitive zones (ESZ) (or most vulnerable) due to its geographic placement surrounded by Western Ghats. We run away from taking responsibility for our misdeeds and blame nature, calling it ‘God’s will’. Is it only nature and not us? Nature will treat us the same way we treat her.

Once upon a time; floods, earthquakes, landslides, etc. were natural climatic hazards. But Kerala floods can’t be categorised as one. It has been brought to notice several times that the water-beds in Kerala have depleted drastically over the past one decade due to unauthorised constructions, deforestation activities, removal of paddy fields (with water absorption capacity) mainly. In this sense, this calamity is completely man-made.  As per Thattai, Dinesh & Kumar (2017), if an earthquake or tsunami occurs in the middle of an ocean and we are not affected by it, we don’t consider that a disaster. Hence, disaster is purely from an anthropogenic point of view, and thus all disasters are “man made” to a certain extent, as it is we who decide to settle down in the path of a natural process. Some other expersts have claimed it to be the result of poor urban planning and governance.

The World Bank has called it the result of climate change that would impact tropical countries like India more due to increasingly erratic temperatures and rainfall changes without much of  a chance to have reasonable preventive time warnings. This is supported by recent researches in this area by Roxy and other scientists. They have confirmed that there has been a threefold increase in extreme erratic patterns of rainfall over central India between 1950  and 2015.  In a paper in their Geophysical Research Letters, Vimal Mishra and Haider Ali of IIT-Gandhinagar point out an increasing intensity of short-duration extreme rainfall events due to rise in the global mean temperature beyond 1.5 degree Celsius. If we just take the stock of recent events, these forecasts are already a reality in the country.

To aggravate the situation, states like Kerala have an extended risk of inundation due to the positioning of its ghats and rivers that make flood prediction even more difficult. Disaster management experts recommend that it is time Kerala takes climate change seriously. Rising sea level and high-intensity rainfall, both could make flooding more recurrent in the state. Reactive measures to work on the drainage system, dam management, reservoir regulation and relief grants would not suffice to improve the root cause, especially when it is man-made. Since the cause is not purely natural, the unjustified human interference in natural courses ought to be obstructed to avoid such a catastrophe.

Indian cities are already ill-equipped to combat extreme externalities. At times, the mismanagement of natural resources itself leads to convert a situation into a disastrous event. In such as scenario, the challenge rests in remodelling for the future. Proactive or preventive measures like proper land use planning in flood prone areas, afforestation, building of physical barriers like embankments along the river banks, via-channels to divert flood water, improved coordination of reservoir management, construction of flood and fire safe apartments, prevention of human encroachment, usage of technology for relief (forecasting, communication etc.) should be deployed as complementary measures. Not just this, recent programmes announced by the United Nations Environment Programme (UNEP) under disaster risk reduction and climate change adaptation should be enforced as a regular practice in red zones. Efforts like the Global Facility for Disaster Reduction and Recovery (GFDRR) or funds dedicated towards making safer cities and helping them recover from disaster under the Resilient Cities Initiative are also welcome initiatives.

Way Ahead: While it is correct that whatever preparations we presume will remain  insufficient to deal with a catastrophic event like the Kerala floods, we cannot take an escape from not having basic preventive measures in place.

Also, majority of India’s natural disasters (from the rains in Mumbai in 2005, to Leh in 2010, Uttarakhand in 2013, Srinagar in 2014, Chennai in 2015 to Saurashtra in 2017) are annual occurrences for which, even years later, we do not have enough planning, protection and rehabilitation. Climate change further adds on to the risks and irregularity of such occurences. Ergo, implementation of preventive and relief measures for such events on a war footing becomes even more crucial.

All said and done, it is vital that India, at both the Central and State levels, comes up with stringent policies to fight extreme weather events. Digital platform could enable the facilitation of pre-warning alerts to determine the vulnerabilities. Such lessons need not be restricted to the regions that have faced the worst. Since this government has massively promoted the idea of “smart cities”, it’s time to also erect resilience into the outline for the future that strengthens our cities’ ability to react to a disaster, as well as to cope up rapidly after its occurrence. While we all have much to gain from not exploiting nature at any cost, now we also need to be vigilant so as to remain prepared for the worse.

(The author is Senior Doctoral Scholar, Faculty of Management Studies, University of Delhi)