An arbitration or a negotiation would be better suited to the texture of the controversy than a settlement of the court. An out-of-court settlement would be more welcome to the two communities and to the sanity of the court 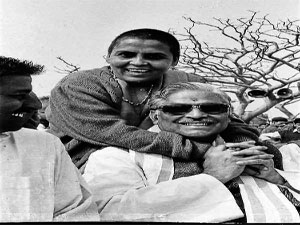 Ayodhya: An analysis of the Indian mind

The historian, Ian Hacking in an essay on Michael Foucault divided the history of governance into three stages. The first, he said centered around the control of the human body. The second period dealt with the management of large crowds and the third he said was the subtlest and most complex of all.

The third era dealt with the management of memory.

Memory it is hinted is not a monochromatic word. It summons the autobiographical, the collective, the unconscious, the historical, the mythic, the lived and the imagined. It pushes contestations to a pitch that can fray a community. The Ram Janmabhoomi episode is a classic example of Hacking’s thesis.

It is clear that while the Supreme Court will have to pronounce a clear cut judgment, one is not sure that the Supreme Court can cut through the morass of events that have taken place. In fact, it is not even clear whether the court is handling a rule of law issue or a law and order problem. It seems jumpy, almost uneasy with the responsibility before it. Chief Justice KheharSingh floated what many people called a trial balloon when he suggested that the issue was clouded by sentiments and requested each side to get together. An arbitration or a negotiation would be better suited to the texture of the controversy than a settlement of the court. An out-of-court settlement would be more welcome to the two communities and to the sanity of the court. He seemed to hint that court’s judgment would be rational and such legal rationality may not please all. Applying geometry to muddiness was not always an easy or welcome act. Justice KheharSingh has been criticised for what was dubbed a pre-emptive suggestion. However, the writer sympathises with him because Babri represents the sheer muddiness of the Indian imagination. One would, as a wag put it, need a celestial RO to filter the levels of misunderstanding in it. While the court can attempt to clear the muddy waters the politician will always try to stir it.

One senses this in the backlog of editorials of the BJP mouthpiece the Organiser and the Panchjanya, the two mouthpieces which behave like oracles and think like rabble rousers. The editorial admitted that while the construction of the temple was under the consideration of the Supreme Court, that would not deter it. It put the onus for the solution on the Indian Muslim contending that it was a socio-cultural problem. Calling a spade, a shovel, it told the Indian Muslim that it was time to disconnect from the “barbaric tradition of Babur and Taliban” and “reconnect to the righteous tradition of Shri Ram”. Only then, it hinted would the Indian Muslim be Indian. To remain so he had to show a Hindu tolerance and create an inclusive space for the Hindu. The Organiser also attacked secular forces for playing vote bank politics, while indulging in the act itself.

One thing is clear. Whatever the solution, Babri created an irreversible divide in Indian politics. A critic called it “the reverse Berlin wall” phenomena. When the Berlin Wall fell, it united a country, it created common bonds, contributed to a process of healing the wounds of the history. Babri when it fell created a deeper divide, made Ayodhya a sink for electoral politics and isolated the Muslim further. The temple has become the eventual dream of majoritarian politics. While the RSS and the BJP were hysterical over their ultimate majoritarian dream, the courts have moved at a moribund pace over the case, putting it literally into a deep freeze. Trying to please all contestants, the Allahabad court in 2011 has directed a three-way division of the land, allocating a third each to the Sunni Wakf Board, the Nirmohi Akhara and Ram Lalla. The decision was contested by everyone and after a prolonged time, the court is hearing it again.

One can understand its edginess giving the gargantuan nature of majoritarianism. The Babri demolition occurred during the P.V. Narsimha Rao regime when the Prime Minister played emperor Nero, even without the accompaniment of a fiddle. Also at stake is the future of leading BJP politicians like L.K. Advani. In a rare burst of courage and initiative the CBI filed cases against Uma Bharati, Murali Manohar Joshi and L.K. Advani. Yet even these three sound like yesterday’s newspaper, as the new cast of Modi, Amit Shah and Yogi Adiyanath plot an electoral future where the building of the temple will be critical.

There is something worrying about a party and a people who think a rebuilding of a temple is the only way their masculinity as believers will be restored. It is surreal time where even the acceptance of the courts’ judgment is in doubt. The whole edifice of BJP electoral politics has been built around this event.

Yet beyond Supreme Court judgments and majoritarian electoral politics, Ayodha has become a Rorschach of an aggressive middle class hypernationalist India. How does the ordinary citizen respond? He has to wonder whether history is a healing process or whether India should live in a soup of myth, folktale and history. Secondly he needs to scrutinise. The imagined wounds of the Hindu psyche and ask whether democracy and the current ideas of citizenship are healing them. Thirdly, he has to think more deeply about the relation between the politics of memory and the politics of democracy. He has to ask whether the syncretic traditions of India can provide alternative solutions to the current impasse and he has to summon civil society to create an alternative imagination to our governmental notions of belief, nation, religion and justice. More than the court, it is citizen in civil society who waits wondering what act of ethics or symbolic politics can reverse the tides of obscurantism. The mood is bleak regardless of the judgments.