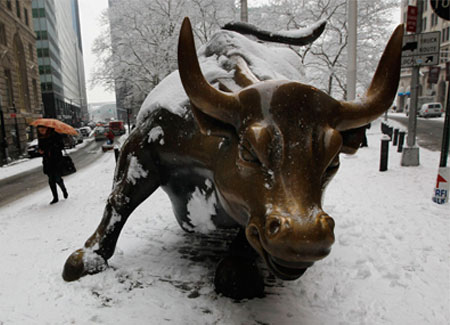 The bull run in emerging stocks may be just getting started

An overanalysis of geopolitics, “central bank zigzags” and a focus on company earnings are all just distractions when it comes to riding bull markets in emerging stocks.

That’s the view of Bank of America Merrill Lynch, based on an analysis of six previous bull markets in developing-nation equities going back to 1976. The current surge is little different from the ones that came before it and emerging shares could double in two years, according to a note from the Wall Street firm analysts, including Ajay Kapur, head of Asia-Pacific and global emerging-market strategy in Hong Kong.

“We think a substantial overweight in Asia/EM equities is warranted,” they wrote in the note released on Thursday. “Let the bull market do its job.”

Emerging-market stocks have rallied around 60 per cent since early 2016, but the recent rise amid tension on the Korean peninsula has some investors warning that a correction is due. BofAML, however, said the current bull market is likely to end the same way the last six have, crushed by recession or exhausted by overvaluations.

Investors should sell when price-to-book valuations, currently at 1.77 for the MSCI EM Index, reach three times, or when they see a US, global or Asian recession coming, BofAML said in the note. If history is any guide, emerging-market stocks rise 230 per cent on average in bull markets that last around 42 months, they wrote.

Apart from a recession, BofAML said other risks to its forecast are:

A breakout of armed conflict in Asia.

China going into deflation, or experiencing a credit crisis and capital flight.

Antitrust action breaks up or taxes Asia’s oligopolies, especially in the Internet sector.

“This EM/Asian bull market has legs,” BofAML said in the note. “Corrections and pullbacks are inevitable; we recommend investors use them to buy.”