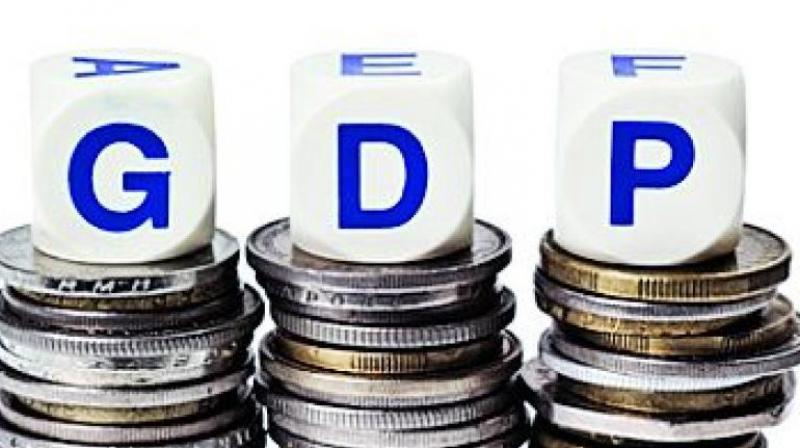 With the Rs 1.45 lakh crore tax break announced mid-way threatening to upset budgeted numbers, Chakraborty sought to allay concerns of investors and analysts, saying the government is sticking to the glide path of keeping fiscal deficit at 3.3 per cent of the GDP in the current fiscal.

New Delhi: The government on Monday reiterated its commitment to the fiscal glide path and asserted that its borrowing in the current fiscal will be within the budgeted amount of Rs 7.1 lakh crore. It, however, was non-committal on the maiden overseas sovereign debt plan announced earlier.

The government has already made 62 per cent of the budgeted borrowing in the fiscal first half, ended September 30. Economic affairs secretary Atanu Chakraborty said the second half of the current fiscal will see the remainder of Rs 2.68 lakh crore being borrowed in rupee denomination.

With the Rs 1.45 lakh crore tax break announced mid-way threatening to upset budgeted numbers, Chakraborty  sought to allay concerns of investors and analysts, saying the government is sticking to the glide path of keeping fiscal deficit at 3.3 per cent of the GDP in the current fiscal.

The secretary, however, did not say how the government will bridge the revenue shortfall arising out of lowering the corporate tax rate, steepest ever.

During the first half this fiscal, the government has raised Rs 4.42 lakh crore, or 62.25 per cent of the total borrowing.

“Rs 2.68 lakh crore borrowing indicates that the fiscal glide path as indicated in the budget is being maintained,” he said.

On overseas sovereign bonds, he said, the bonds to be raised in external currency are decided on the basis of current price, market appetite and market conditions and related issue and the structuring of the bond itself.

“We need very careful calibrations and deliberations before it enters in the market. The work on that is presently going on to work out the structures and various pros and cons and it is a process which is long. For this year, all the borrowing of the government will presently be in rupee-denominated bonds,” the secretary said.

As regards the second half borrowing, he said, it is 37.75 per cent of the total gross borrowing will be spread over 17 weekly auctions of Rs 16,000 crore each, he said.

However, it will be Rs 14,000 crore in the last two auctions, Chakraborty added.

The government introduced benchmark that is 2-year and 5-year in 2018-19 and one benchmark of 7-year in April 2019 which will be continued.

The government will issue floating rate bonds to the extent of 10 per cent of gross issuances during the year.

Borrowing through treasury-bills is being planned in such a way as to result in net outflows of Rs 20,000 crore during the third quarter of the fiscal, he said.