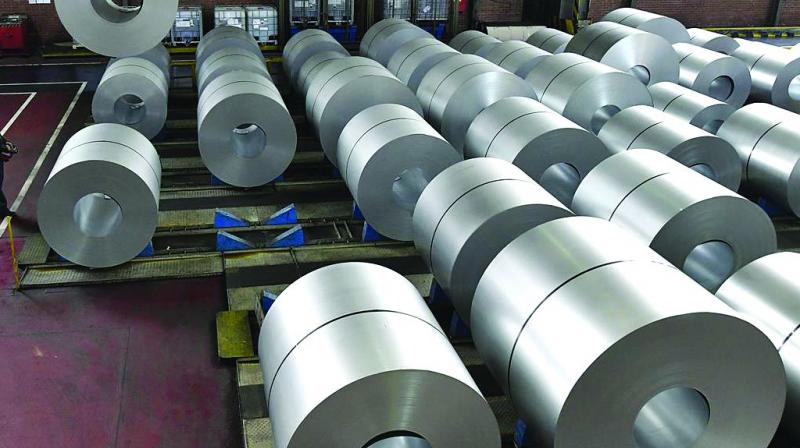 On the global front, Chinese production levels improved over July-August 2019 on the back of fiscal stimulus providing a strong floor to steel prices.

Kolkata: Sluggish domestic demand from end-user segments, including automobile, consumer durable, FMCG, construction and real estate sectors, led to a slowdown in consumption growth. Therefore, a few mills reported shut-down ranging from one-week to a few weeks in August 2019. Slow demand has also led to an increase in the inventory of semis products.

The August edition of the India Ratings and Research report on the Indian steel sector said, “The reduction in the price of raw materials since July 2019 will provide a major respite to India steel players. In August 2019, Australian hard coking coal (HCC) prices fell 15 per cent YoY and were 23 per cent lower as compared to those in March 2019; while domestic iron ore prices (NMDC, Chhattisgarh, Fines, Fe 64 per cent) fell 7 per cent as compared to the previous month’s. Further, NMDC announced a cut in iron ore prices. Domestic steel prices have followed the declining global prices with hot rolled coil (HRC, Delhi 2.5 mm-8 mm) prices falling 19 per cent YoY in August 2019 and reducing 12 per cent from those in March 2019.”

Meanwhile, domestic crude steel production declined 3.7 per cent month-on-month in August 2019. “A substantial pick up in the consumer demand and government and private sector spending is the need of the hour to arrest the fall in demand,” the Ind-Ra report said.

On the global front, Chinese production levels improved over July-August 2019 on the back of fiscal stimulus providing a strong floor to steel prices. Chinese coking coal imports rose 18 per cent mom; while the import of iron ore (pellets, fines and lumps) increased 21 per cent mom in July 2019.

end-of
Tags:
fmcg
Latest From In Other News