Market participants are now awaiting the release of U.S. non-farm payrolls data due later in the day. 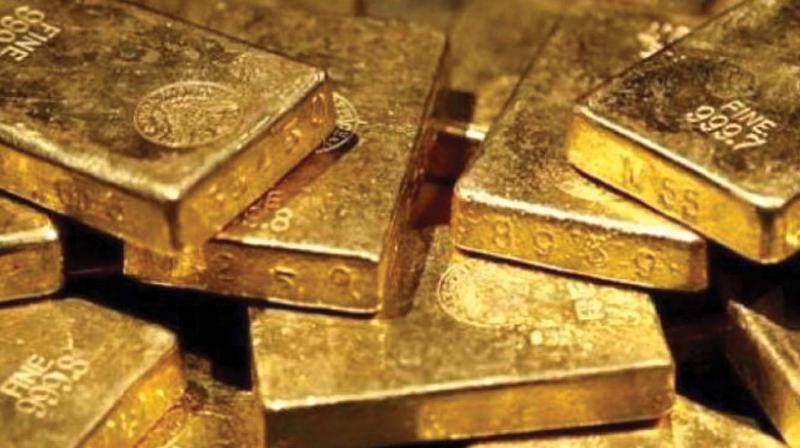 Gold prices fell nearly 1 per cent on Friday, as investors locked in profit after U.S. President Donald Trump’s fresh salvo in the year-long trade spat with China increased demand for the safe-haven metal in the previous session.

The metal has risen about 1 USD so far this week and is headed for a third weekly gain in four.

“Escalation in trade war between the U.S. and China has caused a spike in gold futures. We believe that prices might even go higher from current levels,” said Kunal Shah, head of research at Nirmal Bang Commodities in Mumbai, India.

“We have strong resistance around USD 1,450, and people are taking some profits,” he added.

The metal jumped more than 2 per cent on Thursday after Trump said he would impose an additional 10 per cent tariff on USD 300 billion worth of Chinese imports from next month, intensifying the bruising trade war between the world’s two top economies that has roiled financial markets globally.

Trump also said if trade negotiations fail to progress he could raise tariffs further - even beyond the 25 per cent levy he has already imposed on USD 250 billion of imports from China.

The October Fed funds rate futures have jumped to now fully price in a rate cut in September, compared with only around 60 per cent before the tariff announcement. Another 25 basis point move is priced in by December.

The dollar index was up 0.1 per cent on Friday after posting its biggest daily decline in two weeks in the previous session.

Market participants are now awaiting the release of U.S. non-farm payrolls data due later in the day.

Meanwhile, holdings of SPDR Gold Trust, the world’s largest gold-backed exchange-traded fund, rose 0.53 per cent to 827.82 tonnes on Thursday from on Wednesday.

Spot gold may retest a resistance at USD 1,449 per ounce, a break above which could lead to a gain into the range of USD 1,461-USD 1,474, said Reuters technical analyst Wang Tao.

Elsewhere, palladium climbed 1.2 per cent to USD 1,441.36 per ounce after falling to a seven-week low in the previous session, and was on track for its worst week in three months.

Both silver and platinum were headed for their first weekly decline in four.