A score between 50-60 points, which is the case for India, indicates constrained liveability conditions. 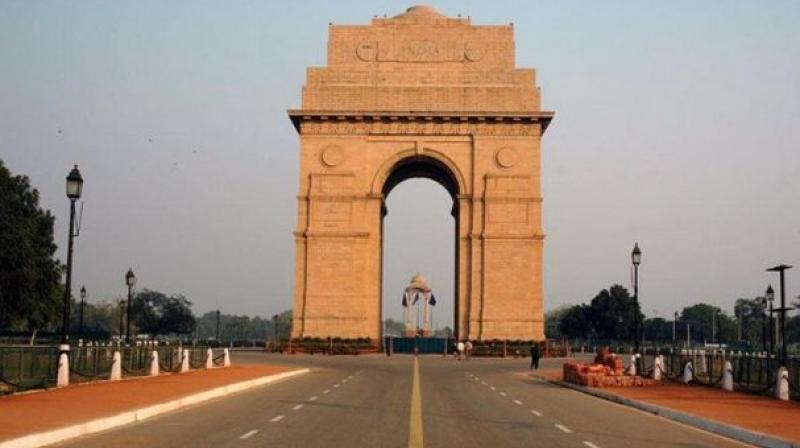 The EIU said decline in Mumbai's rank was mainly due to a downgrade in its culture score, while New Delhi has fallen in the index because of downgrades to its culture and environment score as well as fall in the stability score owing to rising crime rates. (Photo File)

New Delhi: The national capital has dropped by six places to rank 118th on a list of the world's most liveable cities due to increase in cases of petty crimes and poor air quality, an annual survey by the Economist Intelligence Unit showed on Wednesday.

While New Delhi registered the biggest decline in Asia, Mumbai also fell two places since last year to rank 119th on the list topped by Vienna (Austria) for the second consecutive year.

The EIU also flagged "an escalation in abuses against journalists in recent years" in India, citing a decline in the country's ranking in Reporters Without Borders' Press Freedom Index where India now sits in the bottom quartile of countries.

The EIU said decline in Mumbai's rank was mainly due to a downgrade in its culture score, while New Delhi has fallen in the index because of downgrades to its culture and environment score as well as fall in the stability score owing to rising crime rates.

"This year we also note the demonstrable impact of the effects of climate change on liveability. Several cities, such as New Delhi in India and Cairo in Egypt received substantial downgrades on their scores owing to problems linked to climate change, such as poor air quality, undesirable average temperatures and inadequate water provision," the report said.

The EIU said its ranking of 140 cities is based on their scores in five broad categories -- stability, healthcare, culture and environment, education, and infrastructure. Each factor in a city is rated as acceptable, tolerable, uncomfortable, undesirable or intolerable.

"We expect problems relating to climate change to put increasing pressure on liveability scores in the coming years and for the number of cities affected to grow.

"In recent years liveability has generally been rising, thanks to improvements in stability and better education and healthcare provision in cities within emerging markets. But these improvements are under serious threat from an increasingly adverse climate," EIU's global forecasting director Agathe Demarais said.

While New Delhi has been given an overall score of 56.3, Mumbai has got 56.2, while top-ranked Vienna has scored 99.1 and least-ranked Damascus (Syria) has got 30.7 points.

A score between 50-60 points, which is the case for India, indicates constrained liveability conditions.

The 2018 update to the World Health Organisation (WHO) Global Ambient Air Quality Database shows that New Delhi has the sixth highest annual mean concentration of fine particulate matter among cities around the world.

Companies pay a premium (usually a percentage of a salary) to employees who move to cities where living conditions are particularly difficult and there is excessive physical hardship or a notably unhealthy environment. The suggested allowance for Indian cities is 15 per cent.

Several major global cities received mixed scores. London and New York ranked 48th and 58th out of the 140 cities in the survey.

"Both are rated very highly for their cultural amenities, but they struggle in the stability category, owing to perceptions of the risk of crime and terrorism. Infrastructure is also perceived as a weakness, as both cities are struggling to cope with growing pains," the report noted.