Notification or executive order to the effect likely. 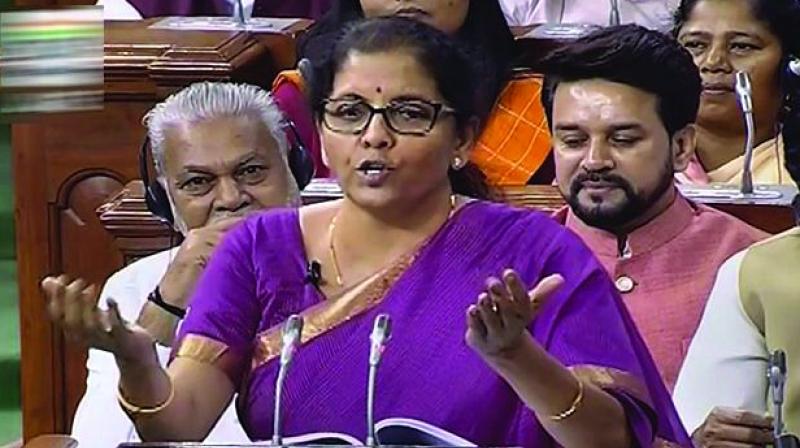 NEW DELHI: India is likely to exempt foreign portfolio investors (FPIs) from an increase in taxes in this year’s budget approved by Parliament, two government officials told Reuters, in comments that prompted a rally in stock markets.

Thursday’s comments came after Reuters reported the government may hold back on two other budget measures—the issue of controversial overseas sovereign bonds and a rise in the minimum shareholding norm to 35 per cent from 25 per cent.

The benchmark NSE index rose 1.78 per cent after the news.

In the budget last month, Sitharaman proposed to hike taxes on those earning more than Rs 2 crore annually, a step that rattled many FPIs. Foreign investors took $1.8 billion out of Indian equities in July alone.

Sitharaman, who held meetings this week with businesses and investors, is widely expected to amend some budget proposals and announce new measures to boost economic growth, which hit a five-year low of 5.8 per cent in the January-March quarter.

One of the officials, who declined to be named, said the government will issue either a notification or an executive order that could be later submitted to parliament for approval, to exempt the foreign portfolio investors, mainly registered as trusts, from the increase in surcharge on super rich taxpayers.

The government estimates a total revenue loss of Rs 400 crore if it withdraws the higher taxes on foreign portfolio investors, the second source said.

The source added the government does not plan to withdraw or cut taxes on Indians earning more than Rs 2 crore, however.

Sitharaman said steps would be taken “fairly quickly” to help the industry after meeting representatives of the auto sector, which has cut thousands of jobs.

The Finance Minister generally meets industry groups ahead of the budget to ensure it reflects their concerns.