This is a welcome decision of the Supreme Court which has been taken unanimously by the court. 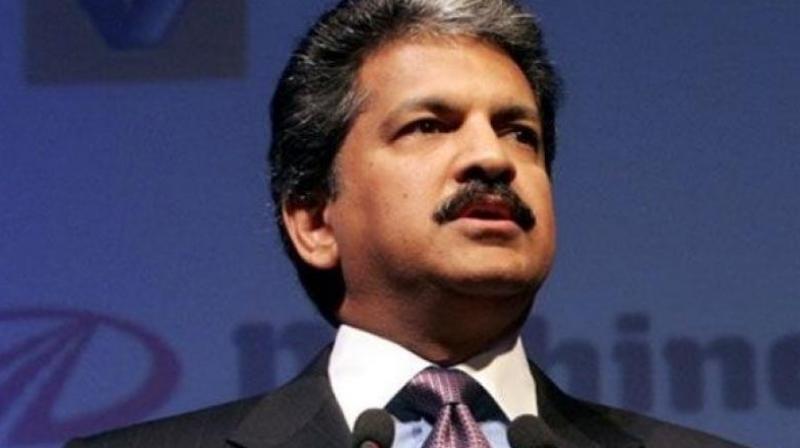 Anand Mahindra, Chairman of Mahindra Group, tweeted that he salutes the five judges of the Supreme Court for showing "extraordinary courage".

New Delhi: India Inc on Saturday hailed the Supreme Court for deciding on a centuries-old dispute over ownership of a plot of land in Ayodhya, paving the way for construction of a temple at a site which Hindu groups believe is the revered birthplace of Lord Ram.

Anand Mahindra, Chairman of Mahindra Group, tweeted that he salutes the five judges of the Supreme Court for showing "extraordinary courage".

"5 men. A decision that 1.3bn people were awaiting. What extraordinary courage it required to be on this bench & what incredible application of mind it must have taken to reach the conclusion. I salute them for doing their duty & upholding the process of justice in our nation," he tweeted.

In a unanimous verdict, the Supreme Court's five-judge bench asked the government to allot a five-acre plot in a "prominent" location in the holy town of Ayodhya in Uttar Pradesh for constructing a new mosque.

The disputed 2.77-acre plot will for now remain with a Central government receiver, who will hand it over to a government-created trust that must be created within three months. The trust will be tasked with the construction of the temple.

Commerce and Industry Minister Piyush Goyal said: "This is a welcome decision of the Supreme Court which has been taken unanimously by the court. This decision has led to the end of decades old legal issue".

The minister appealed people to accept the SC order and maintain peace and tranquility. This historic decision of the Supreme Court will further strengthen the culture, tradition and unity.

"I thank the judiciary, all organisation, society and people who were involved in resolving the matter," Goyal said.

On the verdict, Road Transport, Highways and MSME Minister Nitin Gadkari tweeted, "We should respect Court verdict on Ayodhya maintaining peace and restrain".

IFFCO Managing Director U S Awasthi in a tweet said, "Welcoming the 5 bench apex Supreme Court order of giving the disputed land to Hindus for the #RamMandir and giving the alternate land 5acre land to Muslims. A good peaceful resolution to the entire issue. Let's maintain the peace & harmony".

Industry body PHD Chamber of Commerce & Industry said the Supreme Court verdict, going forward will harness communal harmony in the world's largest democracy and will lead to the holistic growth and development of the country.

Congratulating each citizen of India, PHD Chamber President D K Aggarwal said "this is a win-win verdict for all."