Yet for workers in rich nations, the blowup in India’s shadow-banking and real-estate industries is an opportunity. 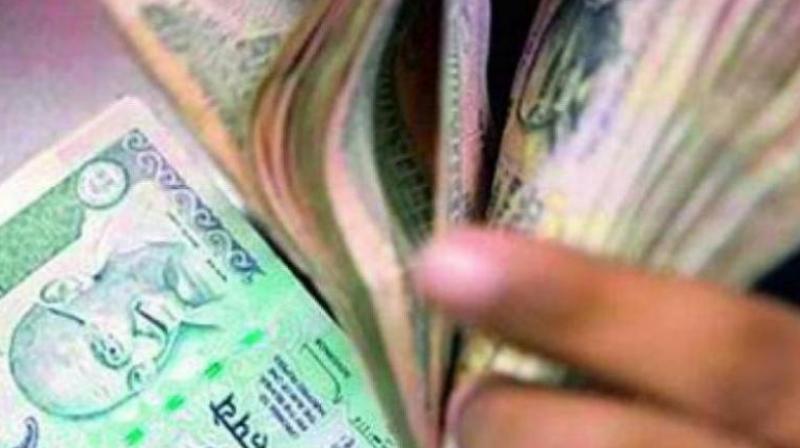 The $2.6 billion set aside for Indian debt may appear insignificant when compared with, say, Masayoshi Son’s $100 billion Vision Fund.

India’s financial crisis has hit ordinary people hard. School teachers and electrical engineers have seen their pension savings get stuck in bonds of defaulted institutions. More than a million depositors of a cooperative bank can’t access their cash. Homeowners have spent billions of dollars on apartments that will never be finished.

Yet for workers in rich nations, the blowup in India’s shadow-banking and real-estate industries is an opportunity.

Ever since troubles first surfaced in September last year, AustralianSuper Pty, Ontario Teachers’ Pension Plan, California State Teachers’ Retirement System, and Commonwealth of Pennsylvania Public School Employees’ Retirement System have committed between $100 million and $400 million each to private-equity funds investing in India. Of the total PE funds raised from limited partners, the biggest chunk of $1.2 billion is for finding opportunities in debt. Another $900 million is for real estate. Infrastructure has received another $500 million in commitments.

The $2.6 billion set aside for Indian debt may appear insignificant when compared with, say, Masayoshi Son’s $100 billion Vision Fund. Nonetheless, it’s almost triple what limited partners have earmarked for debt and hard assets in China. While larger sums are still getting allocated to China-oriented funds focused on buyouts, new ventures and growth opportunities, none of those strategies have seen much interest when it comes to India. Distress is all that excites PE investors right now.

India’s stressed corporate debt is a $260 billion problem, according to Fitch Ratings’ calculations. Skeptics would be right to wonder whether $2.6 billion of foreign money will make any dent. The important thing is that these commitments are pure equity, the one thing that’s in woefully short supply in the domestic economy.

The asset reconstruction business in India has grown to $15 billion from under $2 billion six years ago. Of late, though, the pace at which specialist firms acquire troubled loans from banks has slowed to a crawl. That’s because earlier it was common for a lender selling stressed assets to provide the financing for most of the purchase. However, the central bank has made it progressively difficult for lenders to engage in this sleight of hand. Now the deals are fewer, but more real.

Will India keep its end of the bargain? Foreign investors would be reassured if the thinking around distress resolution was less muddled. For instance, Finance Minister Nirmala Sitharaman on Wednesday announced an enlarged $3.5 billion fund, with money from the government as well as domestic institutions such as Life Insurance Corp. to give new loans to stalled realty projects. A half-built apartment complex that has run up years of accrued interest on existing debt can’t suddenly earn  to pay new and old creditors. A much better use of domestic long-term money would be for it join private-equity investors in buying out all the debt from banks and mutual funds at say, 40 cents to the dollar, sell apartments by slashing prices and hope to recover 60 cents in two years for a decent 25 per cent annual return.

That isn’t all. State workers’ pension plans in Virginia, South Carolina and New York have invested in funds started by the likes of Edelweiss Financial Services, Kotak Investment Advisors, Hong Kong-based SSG Capital Management, Canada’s Brookfield Asset Management Inc. and several others. More would come if it weren’t for the country’s three-year-old insolvency law, which is fast becoming a burial ground for capital with four times as many firms getting liquidated as have been restructured.

Long-drawn legal battles, weird judicial orders and authorities swooping down to seize assets are all very real problems. For workers of the world to unite and get a decent recovery rate on savings that workers in India have lost, New Delhi has to offer a fair, time-bound, rules-based corporate insolvency process. That’s the least it can do.