Growth in exports was between nine and ten per cent and the volume touched USD 331 billion. 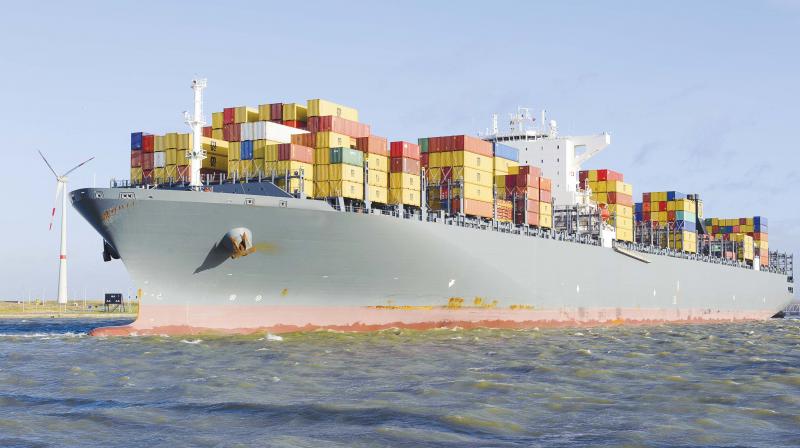 The government will work closely with the exporters to identify all the issues, both domestic and overseas.

Kolkata: Exports growth of the country in the current fiscal is likely to be in double digits despite the challenging situation both on the external and internal fronts, Commerce Secretary Anup Wadhawan said here on Wednesday.

In the last financial year, growth in exports was between nine and ten per cent and the volume touched USD 331 billion which was a "record", he said.

Wadhawan also said the country had seen the "continuous growth" in the last three years.

"In the current financial year, we are expecting the growth to be in double digits", he said on the sidelines of an EEPC seminar here.

The official said the global slowdown was almost visible as per the forecast of the International Monetary Fund (IMF) and this fact would be factored in the revised Foreign Trade Policy (FTP). The present FTP is valid till March 31, 2020 and the policy is announced in every five years.

In the first few months of the current fiscal, both exports and imports have been impacted. "While exports growth has managed to retain the past levels, imports have fallen leading to an improvement in the trade deficit", he said. Asked about the impact of withdrawal of export benefits to Indian exporters under Generalized System of Preferences (GSP) by US, Wadhawan said "GSP is not an issue which is relevant now".

He said that benefits under GSP helped not more than three to four per cent of total exports to the US.

Speaking about engineering exporters, he said that there was a need to focus on upgradation for the benefit of the Indian industry.

"The government will work closely with the exporters to identify all the issues, both domestic and overseas. The centre will also look at the bilateral and regional engagements with various countries," he said.

Wadhawan said that the revised FTP would be simple and easy to use.