IMF succession is expected to be a major topic of discussion among G7 finance ministers and central bank governors meeting on Wed. 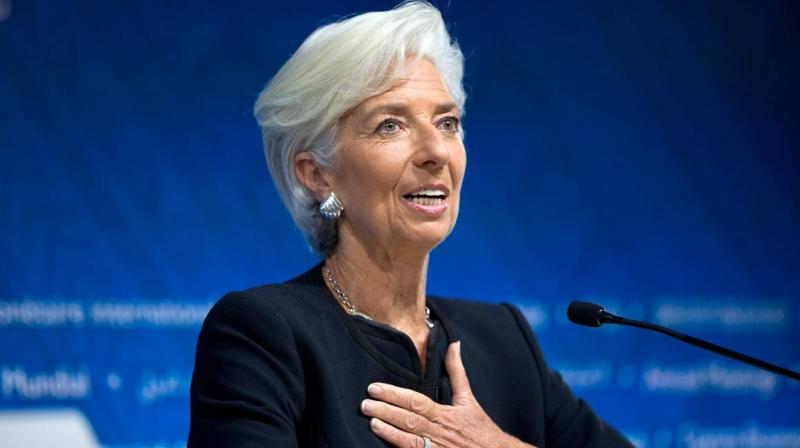 Lagarde said in a statement her resignation was effective Sept 12, firing the starting gun for the IMF’s search for her successor, which is likely to be another European.

“With greater clarity now on the process for my nomination as ECB President and the time it will take, I have made this decision in the best interest of the Fund,” Lagarde said in a statement.

She said her resignation would expedite the selection for the next head of the IMF.

IMF succession is expected to be a major topic of discussion among G7 finance ministers and central bank governors meeting on Wednesday and Thursday in Chantilly, France, near Paris amid concerns that slowing global growth and trade conflicts will pressure vulnerable economies.

Lagarde’s resignation, first reported by Reuters, came two weeks after her nomination on July 2 for the ECB’s top job. She did not immediately quit the IMF because of uncertainty over whether the new European Parliament would support her and other new EU leadership positions, sources told Reuters.

Later on Tuesday, von der Leyen was approved by the European Parliament in a 383-327 vote.

The European parliament will hold a nonbinding vote on Lagarde’s appointment, which is expected to be finalized by EU leaders at a regular summit on Oct 17-18.

Since its creation at the end of World War Two, the IMF has been led by a European, while its sister institution, the World Bank, has been led by an American. Analysts say the “duopoly” is likely to continue after US President Donald Trump’s nominee, David Malpass, was approved in April to lead the World Bank with European support.

Finance leaders of Europe’s four largest economies — Germany, France, Britain and Italy — will participate in the G7 finance meeting this week in Chantilly, along with other large IMF shareholders the United States, Japan and Canada, giving weight to discussions on IMF leadership.

On the sidelines of the G7 meeting, Bank of England Governor Mark Carney, considered a leading candidate to replace Lagarde, is slated to meet with U.S. Treasury Secretary Steven Mnuchin, who wields strong influence over the IMF’s leadership.

The United States holds an effective veto over major Fund decisions, with a 16.52 percent share of its voting power.

While Carney, 54, is a Canadian economist, he holds Irish and British passports and has led Britain’s central bank since 2013 and chaired the Financial Stability Board, an international body, for seven years.

Other names being floated include Bank of Finland Governor Olli Rehn, as well as ECB executive board member Benoit Coeure.

Kristalina Georgieva, a Bulgarian national who is currently chief executive officer of the World Bank, has been seen as having an outside chance, according to some IMF sources.

Two IMF board sources said there was concern among some IMF member countries that the Fund’s IMF leadership would be left in limbo due to the long ECB confirmation process, and it was better for her to resign to accelerate the succession process.

The IMF’s acting managing director, David Lipton, said earlier on Tuesday that the fund would adapt to Lagarde’s departure as it has other developments over 75 years.

A former French finance minister, Lagarde was the first woman to head the IMF and was known among policymakers as a tough negotiator. She was a tireless advocate for the benefits of trade, global growth that aids the poor and middle classes, and the empowerment of women.

If approved, Lagarde would take over as ECB president from Mario Draghi on Oct 31. While her confirmation could be lengthy, it is likely to be largely a formality as long as the euro zone’s biggest member states - Germany, France and Italy - are in unity.

Her immediate challenge at the ECB would be to overcome her shortcomings in monetary policy-making, especially as it seeks to rearm for a potential new slump after years of using unconventional policy tools to stimulate inflation and growth.

As head of the IMF, she has had some battle-testing, bringing stability to the euro zone debt crisis of the last decade and presiding over large bailouts for Argentina, Egypt and Ukraine. She has emphasized the need for the IMF to maintain its USD 1 trillion in lending firepower to deal with any future crises.