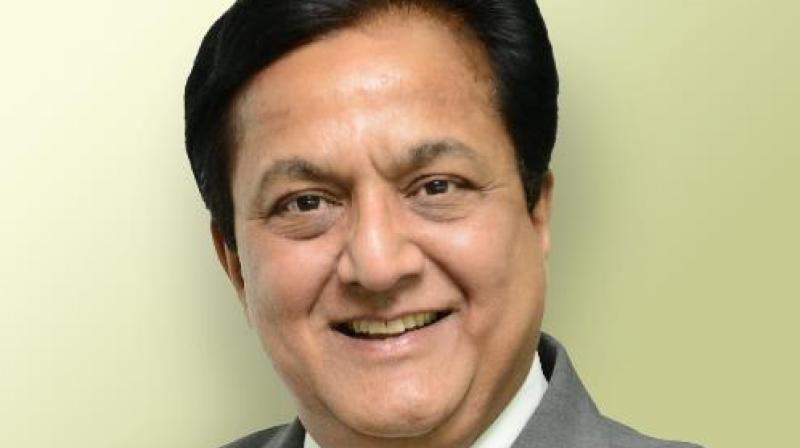 A 78 per cent drop in Yes Bank shares since August has left Founder and former Chief Executive Officer Rana Kapoor some $1 billion poorer.

The lender, which late on Wednesday reported earnings that showed its capital buffers had weakened and bad loan ratio widened, plunged as much as 20 per  cent on Thursday. That’s contributed to a drop in Kapoor’s net worth to $363 million from $1.4 billion on August 20, according to the Bloomberg Billionaires Index.

Kapoor, 61, built Yes Bank into India’s fourth-largest private lender over the 15 years since he co-founded the firm in 2004, until the central bank forced him out amid a controversy over bad-debt accounting. New CEO Ravneet Gill, a Deutsche Bank veteran, is now grappling with the knock-on effects of a crisis among India’s shadow lenders, thanks to Yes Bank’s sizeable exposure to the cash-strapped industry.

Kapoor owns just over 10 per  cent of Yes Bank shares, including through his two holding companies, Yes Capital (India) and Morgan Credits. Last year, he pledged never to sell his shares, vowing to pass them on to his daughters.

“Diamonds are Forever: My Promoter shares of @YESBANK are invaluable to me,” Kapoor tweeted in September, referring to his shares as the bank’s founder. “I will eventually bequeath my @YESBANK promoter shares to my 3 daughters and subsequently to their children, with a request in my Will stating not to sell a single share.”

The value of those assets could be eroded further if new analyst forecasts for Yes Bank come true. Describing the latest results as “far worse than we had anticipated,” Jefferies analysts led by Nilanjan Karfa cut their price target for the bank to Rs 50 from Rs 80. That would imply a drop of more than 40 per cent from current levels.

Since Gill took over in January the era of rapid growth in Yes Bank’s loan book has ended, and the bank is faced with the need to raise new capital at a time when the share price is under pressure. Under Kapoor, total assets of the bank grew at a compound annual growth rate of 34 per c ent in the 10 years through March 2018, outpacing its peers among Indian banks.

Yes Bank shares closed 13 per  cent lower at Rs 85.8 on Thursday in Mumbai.