This will also pave the way for fully utilizing the period between October and April 2020 in the global market. 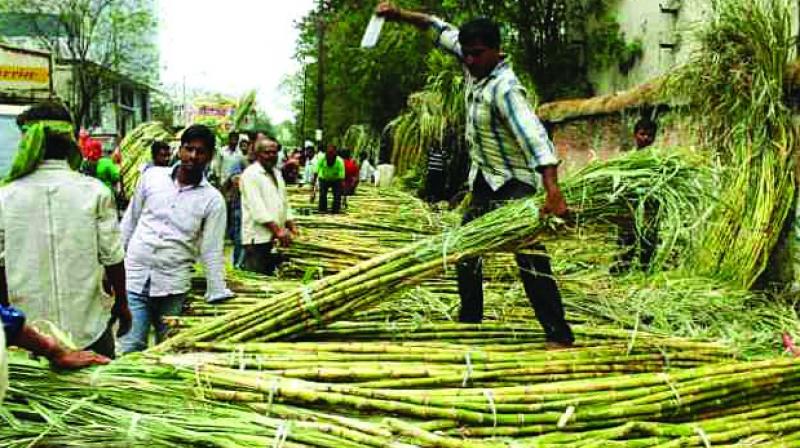 The Modi 2.0 government has approved incentives worth Rs 6,268 crore last month to subsidise exports of as much as 6 million tonne of sugar in 2019-20.

Kolkata: Come October 1 and Indian sugar producers are likely to start exporting sugar to China, Iran, among some other countries. That incidentally is the day when fresh government subsidies would kick in. Indian sugar producers are already in talks with importers in West Asia, China, East Africa, Bangladesh, Iran and Sri Lanka with a view to starting shipments from next month, that is beginning of the new sugar season. Indonesia, South East Asia's biggest country, has already decided to purchase sugar from India. India has sufficient, in fact record sugar stocks available and it can start shipment from the stockpiles and it does not have to wait for the new crop.

This will also pave the way for fully utilizing the period between October and April 2020 in the global market. Sugar supplies from Brazil, India’s key competitor in the global sugar market, will start flooding the market in April only.

While Indian millers, who have been struggling with huge stockpiles thanks to bumper output in recent years, are happy as an increase in shipments is expected to ease their pain, other key sugar growing countries are apprehensive that higher exports from India may put further pressure on global prices that are already hovering near a one-year low. Significantly, countries like Australia, Brazil and Guatemala have already jointly asked the World Trade Organization (WTO) to set up a panel to challenge India’s subsidies.

The Modi 2.0 government has approved incentives worth Rs 6,268 crore last month to subsidise exports of as much as 6 million tonne of sugar in 2019-20.

The Centre will reimburse a portion of local and ocean freight charges and expenses related to handling, upgrading and processing sugar. This clearly aims at cutting huge sugar reserves. Going by government figures, opening stockpiles at the start of the 2019-20 season is expected to be 14.2 million tonne, before swelling to 16.2 million tonne at the end of the year.

Sugar export may actually climb to 3.7-3.8 million tonne this year, with the mills asking the government to help ship a record 7 million tonne in 2019-20.

However, Icra, on its parts, felt that it will be challenging to achieve six million tonne of sugar exports in 2019-20 marketing year starting October. “The government announced a Rs 6,268-crore sugar export subsidy scheme on August 28, 2019, which is expected to help the country achieve 6 million tonne of sugar exports. Icra believes achieving this volume of exports will be challenging, given the subdued global sugar prices, but even a part achievement of this target is likely to relieve some pressure from the domestic stocks, support domestic sugar prices and facilitate timely cane payments to farmers,” Icra said.

Meanwhile, in another significant development within the country, the Uttar Pradesh government, one of the key sugar growing states in India, has set October 31 as deadline for sugar mills to clear dues of cane growers, failing which stern action would be initiated against defaulters. This would mean that if dues are not cleared, recovery certificates will be issued and farmers will be paid by selling sugar from the godowns.