Tributes poured in from India Inc with corporate leaders expressing profound grief at the passing away of BJP veteran Arun Jaitley. 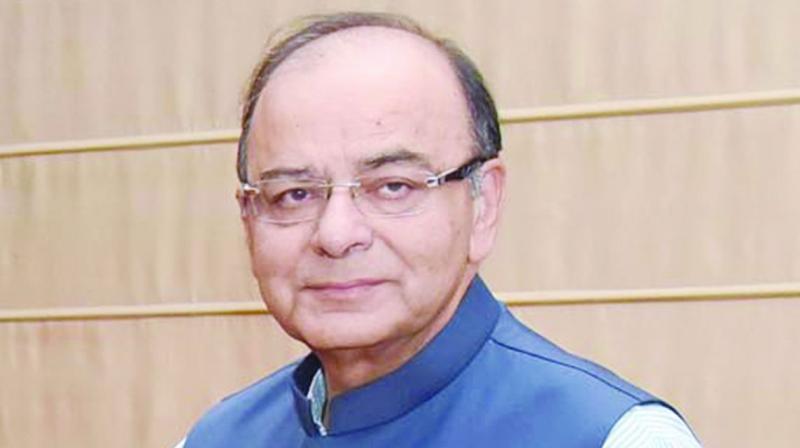 The former Union Minister died at AIIMS on Saturday, where he was undergoing treatment for several weeks.

New Delhi: Tributes poured in from India Inc with corporate leaders expressing profound grief at the passing away of former Finance Ministry and BJP veteran Arun Jaitley here, describing him as a true reformist and a great statesman.

The former Union Minister died at AIIMS on Saturday, where he was undergoing treatment for several weeks. He was 66. "A gifted orator, dynamic parliamentarian, champion of public policy and a man with an invaluable ability to connect with people from different sections, Mr Arun Jaitley's vision and progressive thinking has been a catalyst in shaping New India. RIP," Adani Group Chairman Gautam Adani said in a tweet.

Bharti Airtel Chairman Sunil Bharti Mittal said India has lost one of the finest political leaders and a legal luminary. "He had a very personal touch in his dealings, something that attracted people even from the other side of the political spectrum to seek his counsel in resolving complex matters. His legal acumen was highly acclaimed but his sound advice went far beyond and he was sought even for family matters, personal career advice and crisis management of all sorts," he added.

Mahindra Group Chairman Anand Mahindra also tweeted his condolences, saying "I salute, and pray for the soul of a man who lived by his convictions and committed his life to his country..." HDFC Ltd Chairman Deepak Parekh said the nation has lost one of its tallest leaders.

The country will always be beholden to him for leading one of India's most significant reforms of recent times, which was the introduction of GST.

"He was appreciated for listening to the views of industry and then putting forth practical and implementable solutions. As legal and intellectual stalwart, he stood out for his ability to multitask by simultaneously holding charge of key ministries. Deep condolences to his family. India Inc. must honour his legacy," Parekh said.

Vedanta Chairman Anil Agarwal said it is a irreparable loss, not only to the party but entire nation. "With his indepth experience in politics, law, finance, and global scenario, I always found him to be a visionary, patient listener, extremely knowledgable and someone who could visualise and analyse long term implications of any decision. The nation will sorely miss his guidance," Agarwal added.

CII President Vikram Kirloskar described Jaitley as a "true reformer and keen advocate for economic liberalisation". "...he leaves behind an impressive policy imprint that will continue to bring notable gains to the Indian economy for all times to come," he added.

Biocon Chairperson and Managing Director Kiran Mazumdar Shaw tweeted that she was "so very sad to see such a young and dynamic political leader's life being cut short - he had so much more to contribute to our nation's development. RIP".

"Deeply saddened by demise of Shri #ArunJaitley Ji. He was a national leader who commanded immense respect among all sections of society. Shri #Jaitley left an imprint as a pragmatic and progressive leader. Reformist to the core, he was a great friend of #ASSOCHAM, Prez: @BKGoenka," the chamber tweeted.

PHD Chamber of Commerce and Industry President Rajeev Talwar termed Jaitley as the best Finance Minister who gave the country fiscal prudence and financial consolidation par excellence and made India one of the fastest growing economies in the world, and is credited for historic reforms such as Goods and Services Tax, Insolvency and Bankruptcy Code, among others.

"#ArunJaitley ji was a wonderful human being, a great friend and a thorough professional. We had interacted number of times and his understanding of our nation was highly evolved. He will be remembered fondly and missed deeply. Our country has lost a great son. #ripArunJaitley," JSW Group CMD Sajjan Jindal tweeted.

"Arun ji's demise is a great loss for India. The country has lost a proud son; a patriot; a nationalist and someone who was a firm believer in the tremendous economic potential our country had to offer,” Ficci President Sandip Somany said.