The EPFO is looking at alternative authentication vis-a-vis the employee database. 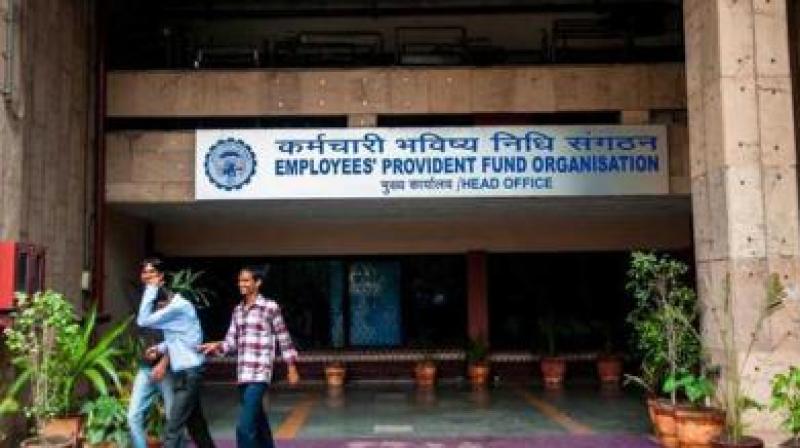 EPFO is working towards a three-day settlement period for KYC (Know Your Customer) compliant beneficiaries who have UAN linked to Aadhaar.

Bengaluru: EPFO will launch an e-inspection system that will simplify inspection process and ensure organisations with open communications will not be subject to physical inspection until absolutely necessary, according to Central Provident Fund Commissioner Sunil Barthwal.

EPFO (Employees' Provident Fund Organisation) proposed to amend the Act to limit enquiry period to a maximum of two years in order to curtail harassment, he also said at a Confederation of Indian Industry-organised interactive session last Friday, a CII release said.

A small percentage of employees are unable to generate UAN (a 12-digit Universal Account Number to all employees entitled to EPF) due to mismatch in data, Barthwal said, adding to address this issue, the EPFO is looking at alternative authentication vis-a-vis the employee database.

"The EPFO is working towards a three-day settlement period for KYC (Know Your Customer) compliant beneficiaries who have UAN linked to Aadhaar, have a bank account and a registered mobile number," the release quoted him as saying.

Barthwal also proposed to set up a society of self-regulating consultants, similar to ICAI (The Institute of Chartered Accountants of India), in order to curb "misuse and corruption."

"In a significant announcement for industry he proposed to decriminalise defaulters and treat the cases as economic offences," the release said.

The release quoted EPFO officers as saying that the process of claim has evolved from offline filing to digital and app-based platform and the next phase of advancement will be based on big data analytical platform that utilises artificial intelligence and machine learning to trigger all activities.