The food ministry will also create a central repository of all ration cards which will help in de-duplication. 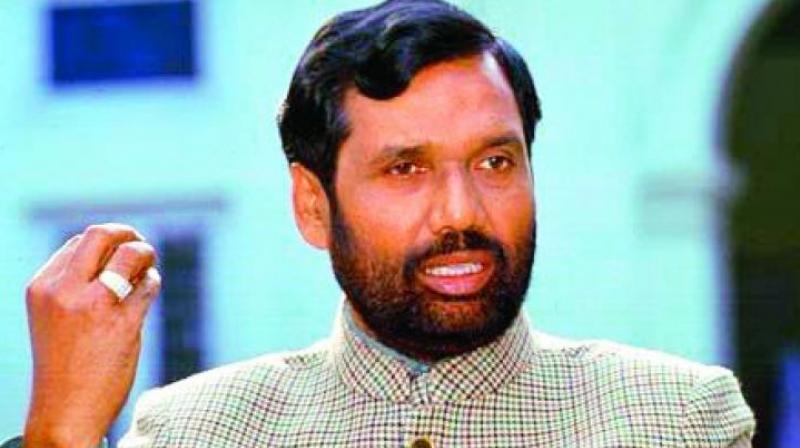 New Delhi: Food Minister Ram Vilas Paswan on Thursday said the government is moving towards 'one nation one ration card', which will enable beneficiaries to get their quota of grains from any ration shop across the country.

Paswan discussed various issues pertaining to efficient implementation of the National Food Security Act, end-to-end computerisation, transparency in storage and distribution of foodgrains, and synergising of all FCI, CWC and SWC depots with the Depot Online System (DOS), an official statement said.

In the meeting, it was decided to move towards 'one nation one ration card' which will ensure all beneficiaries, especially migrants, can access PDS (public distribution system) across the nation from any ration shop of their own choice.

This move will provide freedom to the beneficiaries as they will not be tied to any one ration shop and reduce their dependence on shop owners and curtail instances of corruption, the statement said.

Paswan asserted that the "biggest beneficiary of this will be those migrant labourers who move to other states to seek better job opportunities and will ensure their food security".

The Integrated Management of PDS (IMPDS) system is already operational in Andhra Pradesh, Gujarat, Haryana, Jharkhand, Karnataka, Kerala, Maharashtra, Rajasthan, Telangana and Tripura, wherein a beneficiary can avail his share of foodgrain from any district in the state.

Other states also assured that IMPDS will be implemented at the earliest.

"The Department of Food and Public Distribution is working on war footing to achieve the objective of One Nation One Ration Card and in the next two months beneficiaries of Telangana and Andhra Pradesh will be able to access the PDS shops," the statement said.

The objective of the department is to ensure that this is implemented nationally in a time bound manner.

The food ministry will also create a central repository of all ration cards which will help in de-duplication.

Paswan also said the work done by the Department of Food and Public Distribution is very important. It is a lifeline for the beneficiaries wherein 612 lakh tonnes of foodgrains, stored in warehouses of FCI, CWC, SWCs and private godowns, are distributed among 81 crore people annually.

The minister asserted that information technology should be used right from the time of purchase of foodgrains till distribution to increase overall efficiency and curb corruption.