The JV, set up on a 51:49 per cent basis, with all regulatory approvals, will initially focus on in the manufacture of software-dependent radios. 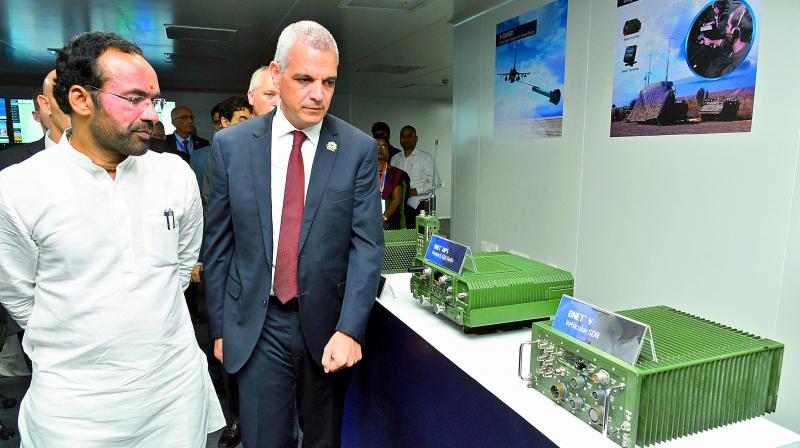 Hyderabad: Within a span of a week, the city of Hyderabad witnessed the inauguration of the third state-of-the-art facility, marking yet another major investment, this time a defence joint venue that is likely to generate over 100 jobs.

Close on the heels of Amazon and OnePlus inaugurating their facilities in the city, Astra Rafael Communication System, a JV between Astra Mircowave and the Israel-based Rafael Advanced Defence Systems, on Tuesday, inaugurated its facility that would specialise in the manufacture and design of high-end tactical communication systems for the Indian armed forces.

Speaking to Deccan Chronicle, Astra Microwave Products’s managing director S. Gurunatha Reddy said, “Currently, the facility has an engineering staff count of 15. By October-end, we would be hiring 35 more people to meet the current order book of $30million from Rafael. However, the headcount is likely to rise to 100 people by the end of next year.”

The JV, set up on a 51:49 per cent basis, with all regulatory approvals, will initially focus on in the manufacture of software-dependent radios. It would later graduate onto the development of different equipments for defence communications and also get into electronic warfare and signal intelligent system. Rafael’s president and CEO Maj Gen (Ret) Yoav Har-Even said that the facility will make BNET software-defined radios, the world’s most advanced battle communication system in use by advanced military forces around the world.  The JV will also set up an R&D centre in the next 18 months.