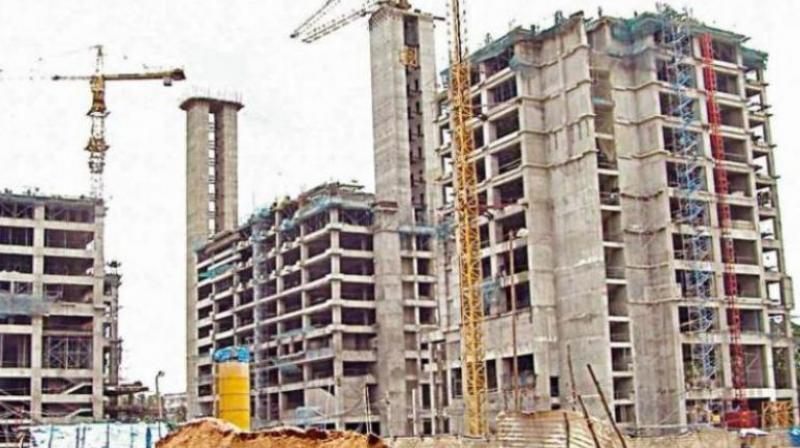 Reserve Bank of India had slashed repo rate by 110 basis points so far this year, to 5.40 per cent.

Bengaluru: India’s liquidity-starved economy will restrain housing market activity and price rises in coming months and into 2020, according to a Reuters poll of property market experts who were skeptical aggressive interest rate cuts will revive it.

House prices are expected to rise just 1 per cent on average this year and 2% in 2020, the lowest median predictions since polling began for the two years, and well below the current 3.15 per cnet rate of consumer price inflation.

A majority of respondents in the August 13-27 survey said risks to those already-modest predictions were skewed more to the downside.

That comes despite the Reserve Bank of India having slashed its repo rate by 110 basis points so far this year, to 5.40 per cent. It is also expected to cut it further to 5.15 per cnet over the coming months to revive a slowing economy.

However, much of that easing has not reached borrowers as banking and non-banking financial companies (NBFCs) are still grappling with very large bad loans on their balance sheets, which has led to a liquidity crunch.

“It is my expectation that we will continue to see more defaults over the next few years as developers are still facing liquidity issues due to slow sales and lack of refinancing options,” said Siddhart Goel, principal consultant and founder at ARAIS Consulting.

“Even the recent rate cuts will not have a positive impact on the situation as easing by the Reserve Bank of India (is) seldom passed on by the banks to the loan seekers and never in the same quantum.”

Indeed, nearly three-fourths of 18 analysts who answered an additional question said the RBI’s interest rate cuts this year would have no impact on the housing market. Five said it would be stimulative and none said very stimulative.

All 18 analysts who answered a separate question unanimously said the impact of the liquidity crunch would last for at least another six months and would either be severe or very severe.

A continued deceleration in housing activity will have serious repercussions for the overall economy as the real estate market provides jobs to large swathes of people migrating from rural areas to cities looking for employment.

“The problem of low job creation looms large in India, even though the economic growth rate is predicted to be the highest,” said Anuj Puri, chairman at ANAROCK property consultants.

“A stagnant formal job market has a direct impact on the sentiment of homebuyers who have to make large investments in buying a residential property. The situation will eventually improve, but not overnight.”

While the Indian government has taken steps to provide stimulus to the slowing economy, analysts say those measures are too little to prop up demand significantly in the housing market, at least for now.

“Though the government has announced to help NBFCs up to first loss of 10%, it is limited to sound NBFCs and is a limited period move to help the sector sail through the crisis,” said Aashish Agarwal, head of consulting services at Colliers International.

“The RBI’s rate cuts are expected to lend some relief to housing market activity, but it is not expected to help usher in ‘achche din’ (‘good days are here’) for home buyers very soon, given the existing liquidity crunch in the sector.”

High prices are not helping in clearing up inventories in most major cities, either.

A majority of analysts have rated both the Delhi and Mumbai markets as over-valued or extremely over-valued and predict property prices there either to drop or stay flat over the next few years.

Cities in the south of India - Bengaluru and Chennai - have been termed fairly valued and the consensus showed property prices there are expected to outperform other cities by rising between 0.25 per cent and 3.5 per cent over the next three years.

“End-user demand markets like Bengaluru and Chennai along with their lower floor prices are likely to see better growth with demand continuing to remain healthy backed by job creation,” said Rohan Sharma, head of research at Cushman Wakefield.

“Mumbai and Delhi, with high inventory levels and delivery pressure due to lack of funding, could see muted growth.”