In the northern and central regions, demand remained tepid due to slowdown in execution of government projects and labour scarcity. 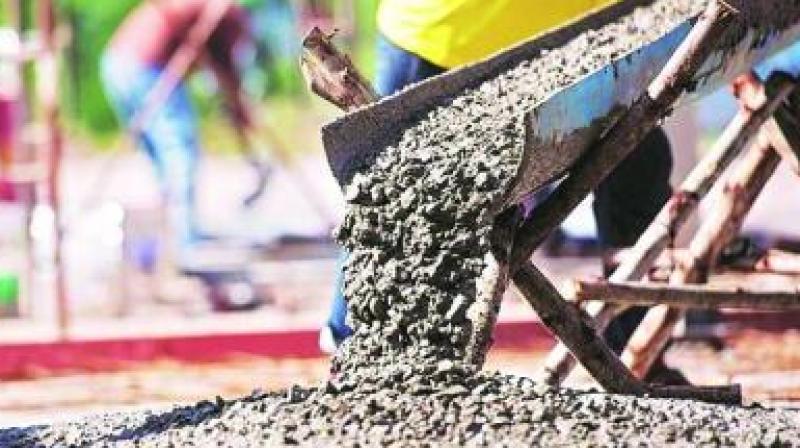 The combined effect of all this is that cement demand growth would taper to around 4 per cent in FY20 from 13.3 per cent in the previous fiscal.

Kolkata: Thanks to the general elections, economic slowdown, labour shortage and the advent of monsoon- the domestic cement demand hardly got a chance to bounce back this year. Cement prices also dropped during June-October in most markets. The combined effect of all this is that cement demand growth would taper to around 4 per cent in FY20 from 13.3 per cent in the previous fiscal.

“While the demand growth in Q1 FY20 was adversely impacted owing to a slowdown in project execution due to the general elections and labour unavailability, in Q2 FY20, the cement consumption stood on the lower side owing to the monsoon season. However, on a YoY basis, as the cement prices have remained on a higher side which coupled with the easing of cost side pressures is likely to support the cement companies’ profitability in the near-term,” said a recent Icra study.

In six months FY20, the cement production was higher by a modest 0.7 per cent at 163.7 million MT, compared to 162.5 million MT in the same period of the previous year. Demand across various regions has been impacted in H1FY20.

In the northern and central regions, demand remained tepid due to slowdown in execution of government projects and labour scarcity. In the western region, while demand in Gujarat was negatively impacted by labour and water scarcity, in Maharashtra, it was positively driven by infrastructure and affordable housing. In the eastern region, demand was sluggish across segments, due to weak project execution, unavailability of sand and shortage of funds. In the southern region, while demand momentum sustained in Kerala, driven by post-flood rehabilitation work and low-cost housing; and construction activity in Karnataka, it remained weak in Andhra Pradesh, due to sand unavailability and cancellation of old orders by the new state government.

“Overall, in H1 FY20, the cement production was higher by a mere 0.7 per cent YoY. Given, the current situation of delays in project execution arising due to liquidity issues, the revival in demand in the near-term remains critical, to even achieve a growth rate of 4 per cent in FY20. At this growth rate and with the expectation of around 20-22 million MTPA capacity addition in FY20, the capacity utilisation at 71 per cent in FY20 is likely to remain largely similar to that in previous year,” said Sabyasachi Majumdar, Senior Vice President & Group Head, Icra Ratings.