The provisions coverage ratio, or PCR, of ICICI Bank is now at an industry-high at 74 per cent. 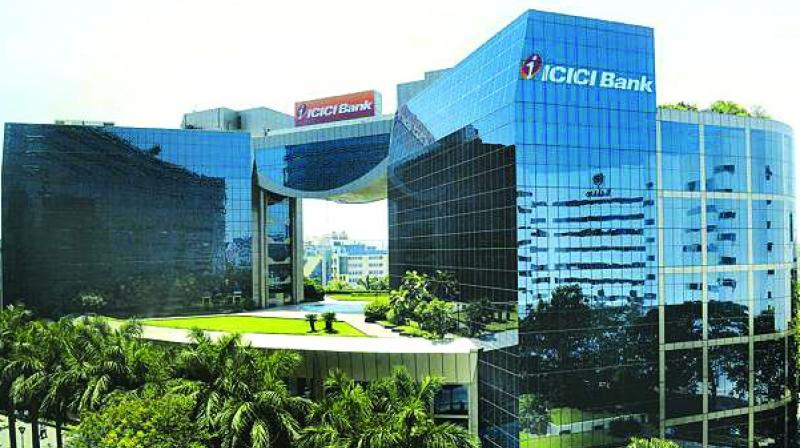 The consolidated profit stood healthy at Rs 2,514 crore compared to a paltry profit of Rs 500 mn in Q1FY19, due to strong performance by most subsidiaries, barring ICICI Securities.

Mumbai: The country's largest private lender ICICI Bank on Saturday was just able to meet analyst expectations reporting a standalone net profit of Rs 1,908 crore for the quarter ended June 30, 2019 as it set aside high capital for bad loans given its stance to improve provisioning and reduce bad loans through write offs.

The provisions coverage ratio, or PCR, of ICICI Bank is now at an industry-high at 74 per cent.

Anand Dama, Senior Research Analyst at Emkay Global said, "ICICI remains our top Buy (revised target price of Rs 540) with a major over weight position in our sector given its clear focus on portfolio quality and profitability vs growth, which should lead to better return ratios (RoA/RoE of 1.5 per cent/15 per cent by FY21E) and a re-rating of stock.

The consolidated profit stood healthy at Rs 2,514 crore compared to a paltry profit of Rs 500 mn in Q1FY19, due to strong performance by most subsidiaries, barring ICICI Securities.

The net interest income grew (NII) by 26.8 per cent year-on-year to Rs 7,737.43 crore for quarter that ended on June 2019 with healthy loan growth of 15 per cent y-o-y. The Net interest margin (NIM), a key measure of profitability, expanded 42 basis points (bps) y-o-y to 3.61 per cent for the quarter compared with 3.19 per cent in the same quarter last year.

The gross non-performing assets, as a percentage of gross advances, declined 21 bps sequentially to 6.49 per cent and net NPAs, as a percentage of net advances fell 29 bps q-o-q to 1.77 per cent for the quarter that ended on June 2019. The corporate stress pool reduced to Rs 15,400 crore (2.5 per cent of loans). Retail NPAs were higher q-o-q to 1.9 per cent due to seasonally higher NPAs in agri portfolio.

ICICI Bank's provision coverage ratio, a measure of the funds set aside to cover bad loans, increased to 74 per cent at the end of the June quarter of FY20, from 54.1 per cent a year ago.

The fund-based and non-fund based outstanding to borrowers rated BB and below (excluding non-performing assets) was Rs 15,355 crore in June 2019, far lower as compared to Rs 24,629 crore in the previous year, the bank said, adding that the recoveries and upgrades of non-performing loans were Rs 931 crore in Q1FY20.