Banks may further cut deposit rates to protect their margins as lending rates continue on a downward trajectory. 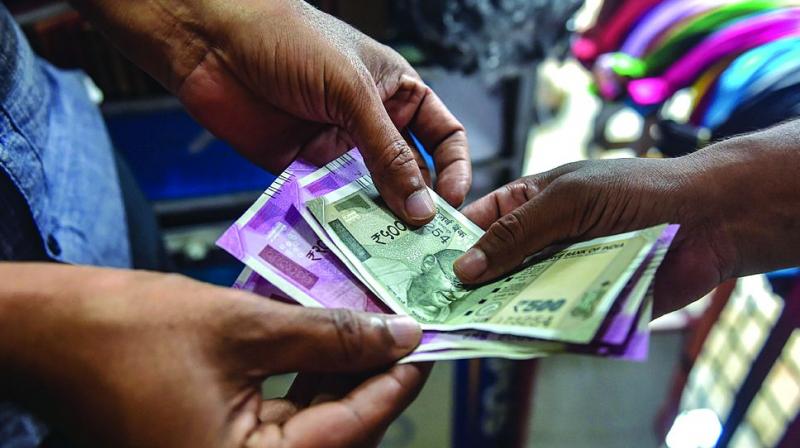 According to the latest data released by the Reserve Bank of India, deposit growth continues to outpace credit growth, which has lost momentum.

Mumbai: While banks have been able to raise money through deposits, lack of credit demand from corporate clients is forcing them to park their funds in government bonds. Analysts expect deposit growth to further slow down and move in tandem with credit growth during the remaining five months of this fiscal as any significant expansion in loans to large industries remains unlikely.

Banks may further cut deposit rates to protect their margins as lending rates continue on a downward trajectory.

“Unless the demand picks up from corporate clients, the overall credit growth is likely to remain modest. And growth in deposits will be a function of credit demand. The growth rate on deposits could move in tandem with growth in credit for the second half of FY20,” said Karthik Srinivasan, Senior Vice President & Group Head-Financial Sector Ratings, at IcraLtd.

According to the latest data released by the Reserve Bank of India, deposit growth continues to outpace credit growth, which has lost momentum. Banks have mobilised Rs 31,070 crore of deposits during the fortnight ended October 11, the RBI data showed. Outstanding aggregate deposit was Rs 129.37 lakh crore. The deposits grew 9.8 per cent year-on-year to Rs 11.51 lakh crore and by 2.9 per cent to Rs 3.63 lakh crore in the financial year so far.

The Indian economy is being held back by a large squeeze in credit availability emanating from non-bank financial companies (NBFCs), Fitch Ratings said last week. “Our economics team's latest Chart of the Month shows that, assuming the sluggish pace of lending is maintained throughout the year, total new lending will amount to only 6.6 per cent of GDP in the fiscal year 2019-2020, down from 9.5 per cent in the previous fiscal year.”