Housing sales in the Mumbai metropolitan region fell by 6 per cent to 17,180 units during July-September period of this year. 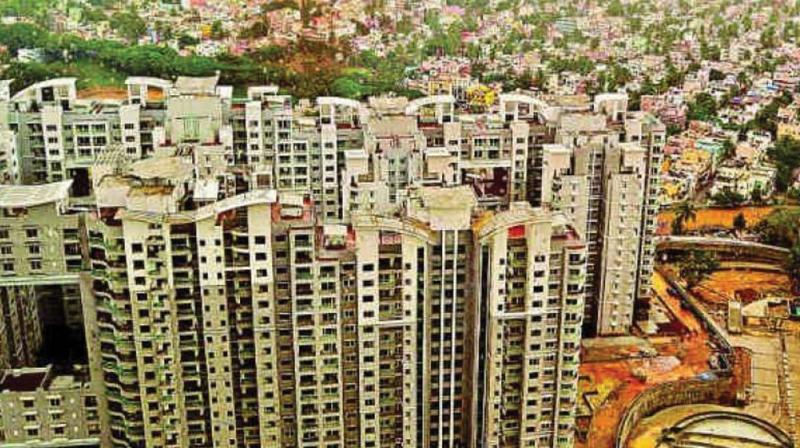 The recent corporate tax cut will spur investments from both domestic and foreign investors, he added.

New Delhi: Housing sales declined 18 per cent to 55,080 units during the July-September period across seven major cities as buyers were cautious in making property investments, according to real estate services firm Anarock.

Apart from low sentiments, Anarock attributed the fall in housing sales to ban on subvention scheme and inauspicious 'shraadh' period.

"The decline in new supply and housing sales in this quarter was expected as both homebuyers and developers remained cautious and risk-averse," said Anuj Puri, Chairman ? Anarock.

However, he said the slew of economy-boosting measures by the government to spur growth across sectors would boost housing demand in the festive season and in the ensuing quarters going forward.

"As evidenced by the quick revival of the stock markets, these measures have already bolstered all-round sentiment. Housing is intensely sentiment-driven and we expect the numbers to improve significantly going forward," Puri said.

The recent corporate tax cut will spur investments from both domestic and foreign investors, he added.

As per the data, housing sales fell in each of the seven cities tracked by Anarock.

Bengaluru saw the maximum decline of 35 per cent to 10,500 units, followed by Hyderabad that witnessed 32 per cent drop at 3,280 units.

Housing sales in Kolkata went down by 27 per cent to 3,120 units, while demand was low by 13 per cent in the national capital region at 9,830 units.

Housing sales in the Mumbai metropolitan region fell by 6 per cent to 17,180 units during July-September period of this year, compared to the year ago period.

Unsold housing stock currently stood at 6.56 lakh units across the top 7 cities, a marginal decline from 6.66 lakh units at the end of June quarter.