The RCEP is a mega free-trade agreement being negotiated by 16 countries. 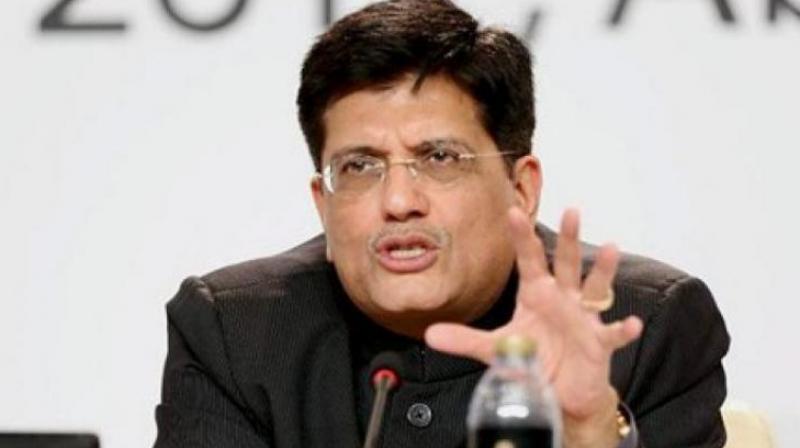 New Delhi: India will not sign any free-trade agreement (FTA) in a "rush" but will engage with the world without compromising the interest of domestic industry, Commerce and Industry Minister Piyush Goyal said on Wednesday.

He said India will enter into an FTA or comprehensive partnership agreements on its terms and will do what is best for the people and national interest.

"In terms of RCEP (Regional Comprehensive Partnership Agreement), lot of wrong information have been spread all over. Let me assure each one of you that India will no more sign any FTA in a rush. "India is not in a weak leadership which had worked only on deadlines to execute FTAs. India will enter into an FTA or comprehensive partnerships on India's terms," he said here.

He was addressing a state consultation workshop on Make in India. The minister said the government is careful when it is negotiating trade agreements. Trade is a complex process, "therefore any engagement which we will do will result in the best for the people and our industry," he added.

"And that is the fine balance that the government is working on to ensure that we are part of international trading blocs and engagements but not in any way that compromises national interest," he said.

The negotiations for the RCEP deal have reached at a fundamental phase as the member countries are targeting to conclude the talks by November.

As per the target of the member countries, conclusion of the negotiations could be announced in the summit. Several domestic players from industries such as metals, dairy, electronics, and chemicals have raised serious concerns over this agreement due to the presence of China in the grouping, with which India has a huge trade deficit of over USD 50 billion.

Further, he said that necessary and adequate safeguards will be provided to ensure that the Indian industry has a leg-up and has sufficient potential to grow and explore new markets to increase the country's exports.

"It has to be a two-way win-win situation. No trade or international agreement can be done unless it's a two-way benefit and that is what we will ensure, when we do any FTAs," he said.

Talking about other agreements, he said India has started discussions with the European Union (EU). A proposed free-trade pact is stalled since May 2013 between India and the EU as both the sides failed to iron out differences of several issues. "The new EU commission is being formed. Soon after that, we will engage with EU to start discussions on an FTA with them," he said adding discussions with Britain would start after Brexit.

However, Goyal said that in certain exigencies, the Centre tweaks its policies. Citing an example, he said the World Trade Organization (WTO) is assessing export incentive schemes of India, and after the decision, India may have to look at some changes.

In March, the US dragged India to the WTO's dispute settlement mechanism over export subsidies, saying these incentives were harming American companies.

The minister said they are working to create a single-window system and this would need state, local bodies and the Centre to work together. He urged states to support in this initiatives and also look at their labour laws.

"We will work on central clearance cell, which can actually help you get central and state clearances on a fast track basis," he said adding that the ministry is working with the external affairs ministry to engage mission abroad to make them trade facilitators.

On land issue, he said one can utilise unused or surplus land of public sector units for setting up industrial parks. Citing few examples, he said Kota power plant in Rajasthan is "dangerous and polluting" and it should be closed.

"They have 1000s of acres of land. It can be used properly. Think on all this," he said adding that Dadri gas-based power plant can be closed and on that land, an industry park can be planned.

On the issue of state taxes, he said domestic industry is facing a disadvantage as they pay certain taxes like electricity duty in states and they do not credit or refund for that.

"We have taken note of this. We will see what kind of taxes the domestic industry has to bear where they do not get refund or offset... We shall be working towards providing a suitable mechanism to safeguard domestic industry from such unfair competition," he added.