Most analysts feel that the week would be lackluster as there are no major positive triggers from the corporate side. 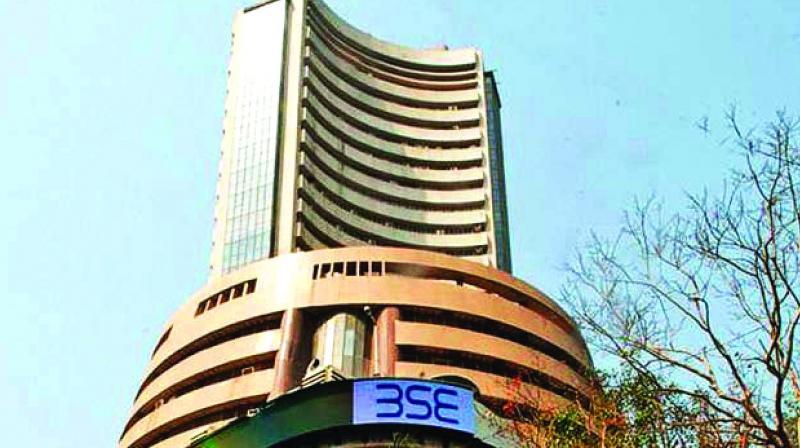 Index closed a week at 11023 with gain of 1.79 per cent weekly basis and formed doji candle pattern on weekly chart hinting indecision in the markets.

Mumbai: The market is likely to react negatively to the dismal GDP numbers as investors getting increasingly nervous about the state of economy.

Most analysts feel that the week would be lackluster as there are no major positive triggers from the corporate side.

"Inherently markets seem to be stabilising, although bulls and bears are equally poised in terms of their strength but given the beginning of a new expiry, bulls should have an upper hand as majority of the weak hands are out of the market and bears could run for the cover, incase the Government or other factors improve the sentiments of the market," said Jimeet Modi, Founder & CEO, SAMCO Securities & StockNote.

"Investors should ideally begin systematic investments in Small and Mid-Cap funds/stocks such that 20 per cent of their liquid capital is invested in the next 6 months in a staggered manner," he further said. Market at these levels given the mutual fund inflows are still encouraging and FPI selling velocity is reducing.

According to the latest depositories data, foreign portfolio investors (FPIs) withdrew a net amount of Rs 17,592.28 crore from equities and pumped in a net sum of Rs 11,672.26 crore in the debt segment, translating into a total net outflow of Rs 5,920.02 crore during August 1 - 30.

"Index closed a week at 11023 with gain of 1.79 per cent weekly basis and formed doji candle pattern on weekly chart hinting indecision in the markets. Now Index has support near 10950-10880 zone holding above these levels we may see Index to march towards 11200 zone, resistance for Index is coming near 11060-1130 zone. Nifty bank closed a week at 27428 zone with gains of 1.74 per cent on weekly basis and formed a doji candle on weekly chart, support for Index is coming near 27200-27000 zone and resistance is coming near 27650-27850 zone," said Rohit Singre, Senior Technical Analyst, LKP Securities.

"Decline in industrial production, particularly in autos is the main reason for the poor numbers. But GDP growth figures will pick up in Q3 & Q4 benefitting from the low base of previous financial year. Also the rate cuts by the RBI will act strongly in Q3 & Q4 since monetary policy impacts with a lag of 2 to 3 quarters. We need structural reforms like labour & land market reforms to stimulate and sustain growth," said Vijayakumar, Chief Investment Strategist at Geojit Financial Services.