Ethanol is a by-product of molasses generated on crushing of sugarcane. 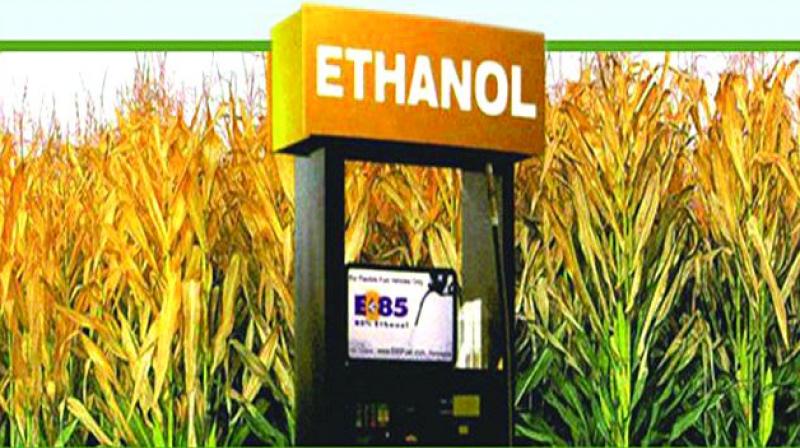 Increased ethanol blending in petrol is expected to replace 2 million tonnes of oil annually, helping save $1 billion in import bill.

"State-owned oil marketing companies will buy ethanol from sugar mills, for mixing in petrol, at enhanced rates for ethanol year beginning December 1. The price of ethanol from 'C-heavy molasses' has been raised by 29 paise per litre to Rs 43.75, while the same from 'B-heavy molasses' by Rs 1.84 to Rs 54.27 a litre," Petroleum Minister Dharmendra Pradhan said.

He was briefing reporters on the decisions taken by the Cabinet Committee on Economic Affairs, chaired by Prime Minister Narendra Modi.

Ethanol is a by-product of molasses generated on crushing of sugarcane and the higher price is to encourage sugar mills to divert from sugar production. Cane-based ethanol can be produced three different ways — directly from cane juice, from B-grade and C-grade molasses.

"The higher price is expected to increase the procurement of ethanol to 260 crore litres between December 2019 and November 2020, up from 200-crore litres bought in the previous ethanol year. Increased ethanol blending in petrol is expected to replace 2 million tonnes of oil annually, helping save $1 billion in import bill,” Pradhan said.

"The percentage of ethanol being doped in petrol will rise from about 6 per cent now to 7 per cent next year and to 10 per cent by 2021-22," he added.