Market sentiment also improved after the government moved a bill to propose bifurcation of Jammu and Kashmir. 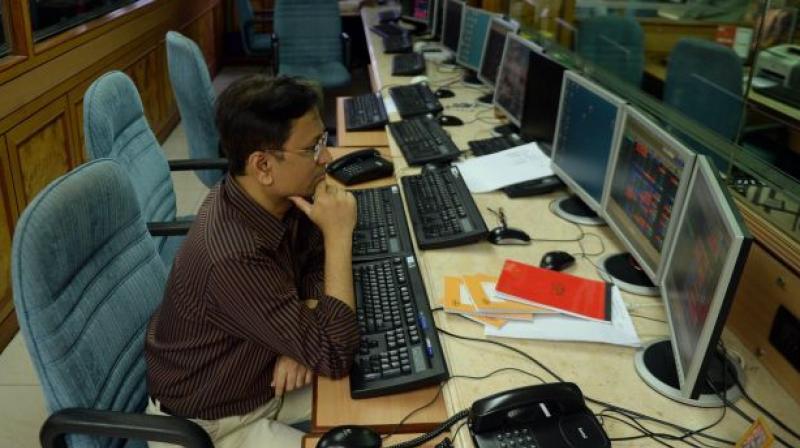 Mumbai: The benchmark Sensex pared some of the early losses, but was still down over 396 points in afternoon trade on Monday, as selling pressure witnessed in key front-line stocks amid weak global cues.

Market sentiment also improved after the government moved a bill to propose bifurcation of Jammu and Kashmir, traders said.

The rupee was trading down by 77 paise at 70.37 against the American currency in afternoon trade. Foreign institutional investors (FIIs) remained net sellers in the capital markets, pulling out Rs 2,888.06 crore on Friday, as per provisional data.

The Reserve Bank will hold its three-day monetary policy meeting here, beginning Monday (August 5). It is widely expected to cut the benchmark interest rate for the fourth time in a row to boost the economy at time when key indicators are pointing towards a slowdown, experts said.

Elsewhere in Asia, Shanghai Composite Index, Hang Seng, Nikkei and Kospi were trading in the red in their respective early sessions, following intensifying trade war between the US and China.

Equities on Wall Street too ended on a negative note on Friday last week.