Beijing acts after US tags it currency manipulator 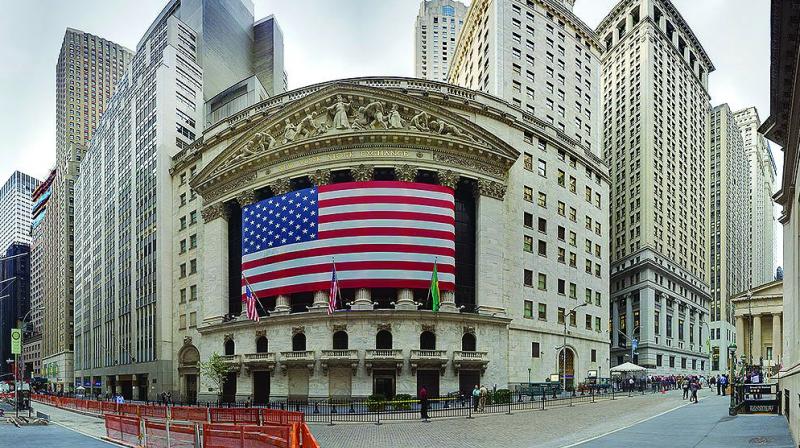 “The markets are now scrambling to factor in the possibility of the US imposing not only an additional 10 per cent of tariffs on Chinese imports, but the figure being raised to 25 per cent.”

New York: World stock markets were mixed on Tuesday, with Wall Street making modest gains after China’s central bank stepped in to stabilize the yuan, soothing fears a protracted trade spat between the US and China would spill over into a currency war as well.

The small gains in the US and losses in Europe followed a rout in global markets Monday after the yuan dropped past 7 to the dollar, spurring the United States to label Beijing a currency manipulator.

Safe-haven assets, including bonds, gold and currencies like the yen and Swiss franc, dipped as investors moved tentatively back into the euro, sterling and some emerging-market currencies. Yet investor sentiment remained fragile. “I think the tipping point for a more prolonged negative trend (for risk assets) is quite close,” said Hans Peterson, SEB Investment Management’s head of asset allocation.

“The markets are now scrambling to factor in the possibility of the US imposing not only an additional 10 per cent of tariffs on Chinese imports, but the figure being raised to 25 per cent.”

Goldman Sachs also said it no longer expects a trade deal to be struck before the November 2020 US presidential election. Morgan Stanley said more tit-for-tat tariffs could tip the world economy into recession by the middle of next year.
Though US Treasury yields had edged back up to 1.74 per cent from October 2016 lows of 1.672 per cent, German yields stayed down at minus 0.54 per cent. Markets are now pricing in a 100 per cent chance the European Central Bank will cut its already negative interest rates again next month.

China’s offshore yuan had stretched the previous day's slide, briefly weakening to 7.1382, the lowest since international trading in the Chinese currency began in 2010. But it pulled back to 7.0469 after Beijing’s firmer-than-expected fixing on Tuesday.

The Japanese yen, a perceived safe-haven in times of market turmoil and political tensions, touched a seven-month high of 105.520 per dollar  before dropping back as far as 106.700 in volatile trade.

Oil prices rebounded slightly from big falls in recent sessions, but Brent crude remained near seven-month lows around $60 a barrel due to escalating trade tensions between China and the US. Brent crude oil futures LCOc1 rose 0.3 per cent to $60.01 per barrel.