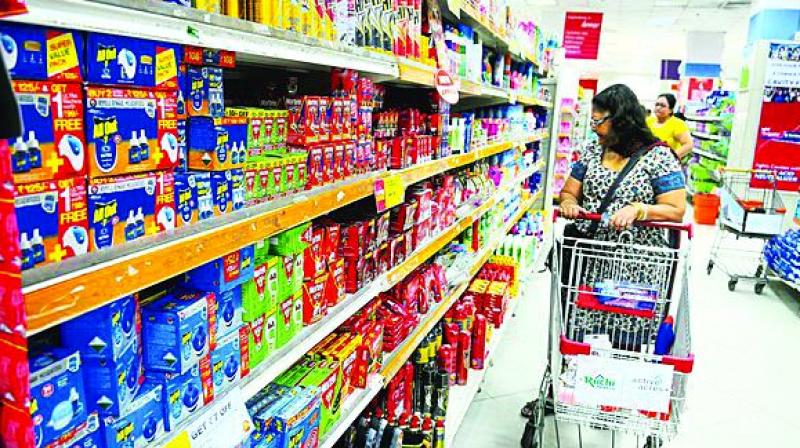 The broad-based slowdown in consumption affected automobiles and FMCG sectors.

Kolkata: The demand slowdown is taking its toll on corporate revenues. The projected revenue growth of India Inc is nothing to write home about. In fact, going by the latest study by Crisil Research, corporate revenue is expected to grow 5-6 per cent in the first quarter of fiscal 2020, the slowest pace in two years.

Crisil conducted this study on the basis of analysis of 295 companies, which account for nearly 60 per cent of the market capitalisation of the National Stock Exchange (NSE). The analysis excludes banking, financial services and insurance (BFSI) and oil sectors.

"Automobiles, one of the key sectors driven by consumption spending, continues to reel under a demand slowdown. Higher cost of ownership continues to dampen consumer sentiment for passenger vehicles, while commercial vehicle sales are being impacted by new axle norms, inventory build-up and liquidity crunch. This also impacts ancillary sectors such as auto components and tyres, which are expected to report lower growth. As for FMCG, weakened rural consumption and a high base are expected to cause a moderation in growth," said Miren Lodha, Director, Crisil  Research.

Coupled with a slowdown in consumption, there has been a fall in realisations in key commodity categories, which supported revenue growth in fiscal 2019, especially the first half. An expected softening in commodity prices will moderate growth in sectors such as steel, aluminium, natural gas and petrochemicals, suggested the Crisil  study.

The only thin ray of hope is that the decline in revenue growth, is somewhat cushioned by sectors such as airline services, cement, and sugar where price hikes have aided realisations and consequently topline growth.

That's not all. "With lower topline growth, India Inc is also staring at lower profitability at the operating level. Growth in operating profit, or Ebitda, is expected to be lower at 3 per cent on-year compared with 13 per cent on average in the preceding four quarters. Operating margin is seen contracting up to 50 basis points to 19.5 per cent as topline shrinks," said Prasad Koparkar, Senior Director, Crisil  Research.