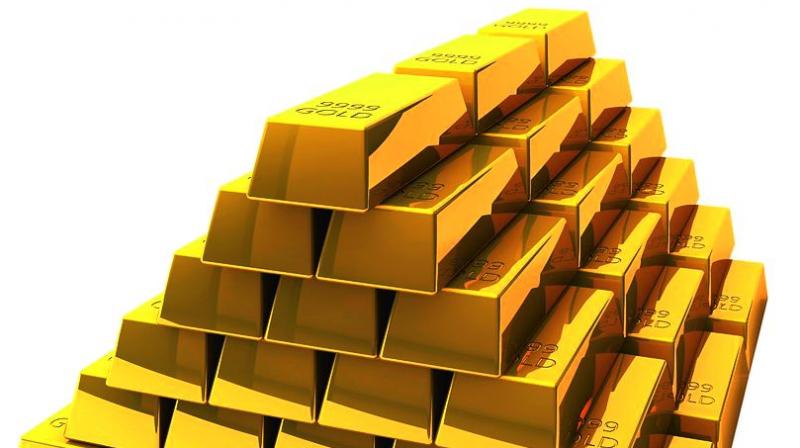 New Delhi: Gold prices in the national capital dropped Rs 121 to Rs 38,564 per 10 gram on Friday amid a strong rupee and weak international cues, according to HDFC Securities.

In the international market, gold was ruling lower at USD 1,497.17 per ounce in New York and silver prices were also trading down at USD 17.54 an ounce.

"Gold prices were trading at lowest level of USD 1,497 on COMEX amid ease of trade and geopolitical worries," he added.

The rupee recovered from early lows to trade higher against the US currency in the afternoon session following more than 1 per cent drop in crude oil prices in global markets.