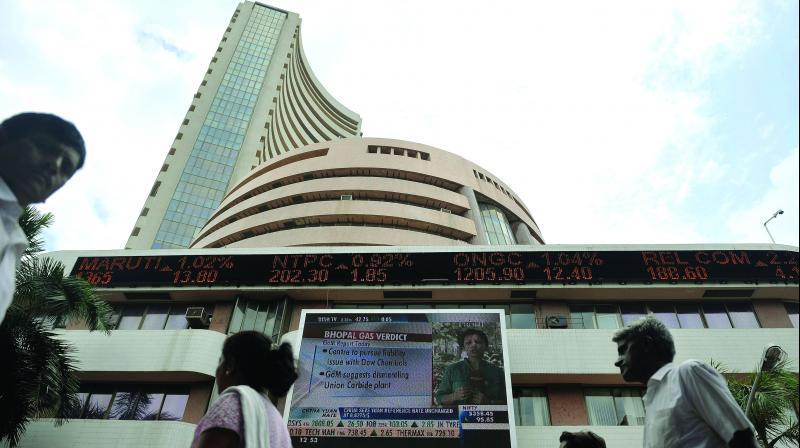 After a positive start on Monday morning with Sensex up 160.43 points at 38043.22, markets fell in a volatile trading session on weak domestic and global cues.

Nagaraj Shetti, Technical & Derivative Analyst, HDFC Securities said, "The Nifty has now entered a key lower support of around 11150-11100 levels, but still there is no indication of any upside reversal. The underlying short term trend continues to be weak, next lower levels to be watched around 11100-11050 in the next few sessions."

Market View
Ajit Mishra, Vice President- Research, Religare Broking said, "Markets started the week on the feeble note and benchmark indices lost half a per cent. Weak Asian markets combined with continuous outflow of the foreign fund were weighing on the sentiment in early trades. The selling pressure was wide-spread wherein auto, metal and media counters were thrashed badly. However, the surge in private banking major, ICICI Bank, in reaction to its results and resilience in IT majors, Infosys and TCS, capped downside."

"Markets are largely focusing on weak domestic sentiment while cues are mixed from the global front. And, in the absence of any major event, we feel earnings will continue to dictate the market trend," Mishra said.