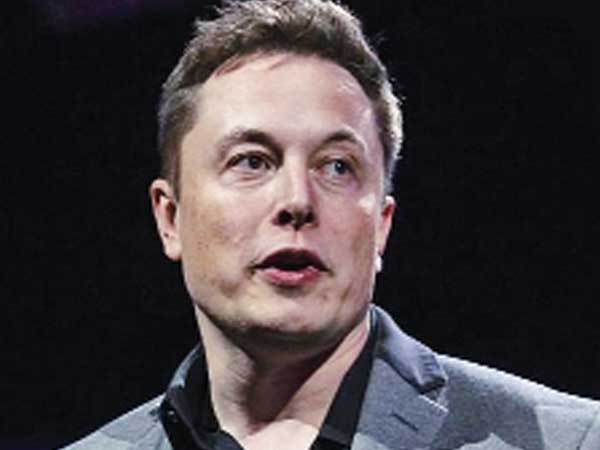 Tesla to open plant in Shanghai

Tesla Inc has reached a preliminary agreement with the Shanghai government to build a factory that will rival production from its lone US assembly plant, as Elon Musk (in pic) takes his biggest step yet to expand overseas.

Construction will begin soon after securing needed permits and the plant will produce 500,000 electric vehicles annually for Chinese consumers in two to three years, a Tesla spokesman said in an e-mail. While Musk, 47, said more than two years ago that he expected output at that level from Tesla’s California facility by 2018, the company is well off that pace because of a slower-than-expected start for the Model 3 sedan.

The memorandum of understanding is a major development in a more than yearlong effort to open China’s first production facility to be wholly owned by a foreign carmaker. The quest has gained urgency as US president Donald Trump engages in a trade war that has ensnared imports of the company’s vehicles into China. Tesla follows Harley-Davidson Inc in charting plans to expand outside the US to circumvent tariffs under Trump’s escalating trade disputes.

Tesla shares rose as much as 2.9 per cent in New York on Tuesday. The stock is up 3.7 per cent this year. The youngest publicly held US automaker is looking to expand its capacity and more efficiently reach global markets.
Tesla’s lone car-assembly plant is in Fremont, California, where it has built about 88,000 cars through the first half of this year. It also has a giant battery factory in neighbouring Nevada. After moving ahead in China, the world’s largest market for electric vehicles, Tesla has said it will reveal plans toward the end of 2018 to build a plant in Europe.

Tesla said a year ago it was working with the Shanghai government to explore local manufacturing. Since then, production in China has become even more crucial: Last week, in response to tariffs imposed by the US, China increased the import duty on US-made cars to 40 per cent, prompting Tesla to raise prices. A plant in China also reduces shipping costs and potentially makes sourcing components more economical.

The company has boosted prices of Model S sedans and Model X crossovers in China by as much as $30,000 after Beijing imposed additional duties on American-built autos, putting its vehicles beyond the reach of more consumers in its No. 2 market globally.

In November, Musk said Tesla is about three years away from starting production in the world’s largest auto market. At the time, he suggested the plant would supply China and potentially other parts of Asia with a couple hundred thousand vehicles a year -- less than half the new projection. Tesla probably will make the smaller Model 3 sedan and upcoming Model Y crossover in China, he said then, rather than the pricier Model S sedan or Model X sport utility vehicles, which often sell for more than $100,000 in the US.

China presents a massive growth opportunity for Tesla and rivals such as BMW AG and Daimler AG, which are seeking to take advantage of a massive and fast-growing market for new-energy vehicles. That category, which includes battery-powered, plug-in hybrid and fuel-cell automobiles, reached 777,000 units last year and could surpass 1 million this year, according to estimates by the China Association of Automobile Manufacturers. The government’s target is 7 million vehicles a year by 2025.

Tesla sold 14,779 vehicles in China last year, according to data from LMC Automotive. That gave it about 3 per cent of the nation’s battery-powered electric-vehicle market, placing it as the No. 10 brand in that segment. China accounted for 17 per cent of Tesla’s 2017 revenue, according a filing with US regulators.

“Tesla is deeply committed to the Chinese market, and we look forward to building even more cars for our customers here,” the company said in a statement.

Ramping up manufacturing is critical to the carmaker being able to sustain itself financially while pursuing Musk’s mission to transition the world to battery-powered transportation. Tesla produced 5,031 Model 3s in the last week of the second quarter in its Fremont plant, meeting a target that Musk had said was crucial to generating cash and earning profit. Building from that run rate, Musk projected that the company wouldn’t need to raise more money.

The Shanghai government’s statement didn’t give any details on how much Tesla will spend on the China plant. The company had $2.7 billion in cash at the end of the first quarter.

A Goldman Sachs analyst estimated in May that Tesla may need to tap capital markets for more than $10 billion by 2020 to fund its auto-making operations, new products and its expected expansion into China. It’s turned to one of China’s tech giants before to raise money, with Tencent Holdings Ltd. spending $1.8 billion to buy a 5 per cent stake in March 2017.

end-of
Location:
China, Shanghai, Shanghai
Latest From In Other News