Snapdeal’s board has passed the ball into the shareholders’ court. With the decision pending on whether to accept Flipkart’s offer or consider other options, the board has now sought shareholders’ approval. 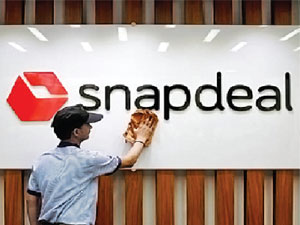 Snapdeal’s board has passed the ball into the shareholders’ court. With the decision pending on whether to accept Flipkart’s offer or consider other options, the board has now sought shareholders’ approval.

Snapdeal had received a revised offer of $900 to $950 million to merge with Flipkart. With two more options — either to accept Infibeam’s offer or stay as standalone entity — available, the board has not arrived at a unanimous decision.

While leading investor Softbank, which has two seats in the board, has been pushing for a Flipkart deal, the founders seem to be inclined towards the other options.

The board will take a decision after considering the approval of the shareholders now.

There are around 30 shareholders in the company, which include PremjiInvest, Ratan Tata and Ontario Teachers Fund.

Among the minority shareholders, the family office of Azim Premji had earlier raised questions about the difference in pricing for the founders and the investors. Under the proposed terms, early investors like Kalaari Capital and Nexus Venture Partners, would receive $60 million in addition to their new equity in Flipkart, while founders, Kunal Bahl and Rohit Bansal, would get a combined $30 million.

PremjiInvest was also unhappy with the valuations. However, Flipkart has revised the $900 million offer to $950 million and included acquisition of Unicommerce, a platform for managing orders and inventory across multiple B2C and B2B channels, as part of the deal.

Sources expect the shareholders to come up with their decision in less than two weeks. Once the decision comes, the board will pronounce their final decision.

However, they find that the company has not totally rejected the other two options. The work on preparing a new business model and remain a standalone entity is still on, sources added.