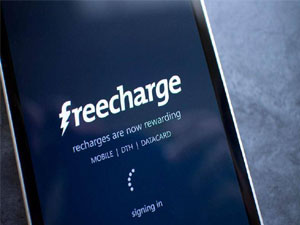 “The bank has today entered into a share purchase agreement (SPA) with Jasper Infotech (Snapdeal) to acquire 100 per cent equity capital of Accelyst Solutions (Accelyst) and Freecharge Payment Technologies (FPTPL) (Accelyst and FPTPL collectively referred to as FreeCharge), subject to regulatory approvals for a cash consideration of Rs 385 crore,” Axis Bank informed the stock exchange. The acquisition is expected to be completed within two months

Axis Bank is buying FreeCharge for $60.4 million or Rs 385 crore, a fraction of $400 million or Rs 2,500 crore Snapdeal’s Jasper Infotech paid while acquiring it in April 2015.
Snapdeal’s acquisition of FreeCharge was considered one of the largest transactions in the online space at that time. It was a bigger deal than Flipkart buying Myntra for about $300 million in May 2014.

While announcing the deal, Kunal Bahl, co-foun?der and chief executive officer at Snapdeal, had envisaged building an ecos?y?stem that would power billions of digital commerce transactions in the country in coming years and to augment its mobile commerce. This was much before demonetisation pushed the co?u?ntry into digital transacti?o?ns and saw some of the mobile wallet firms grow in leaps and bounds. Before demonetisation, FreeCha?rge was making 1-1.5 million tr?a?nsactions daily and was ne?xt to Paytm in market share.

But FreeCharge missed the demonetisation bus as the cash-strapped Snapdeal by then could not pump in enough funds to grow the wallet business. FreeCharge too had a fate similar to Snapdeal, which saw its valuation falling from $6.5 billion to less than $1 billion.

Of late, Snapdeal has be?en putting a lot of hopes to sell off its logistics arm Vulcan Express and FreeCharge to bring in money that can help it steer a new path. It had expected FreeCharge sale to bring $80 to $100 million. The company was also in talks with multiple entities including Airtel, AliPay and Bank of Baroda.

Paytm too had evinced interest and the parties had entered a non-binding pact, but it fell through as Snap?deal did not accept the offer of $10 million.

Announcing the deal, Axis Bank’s finance chief Jairam Sridharan said the acquisition of FreeCharge will double the customer base of the bank and leapfrog its digital journey by multiple years as the country is fast moving towards becoming a digital economy.