Diversified Mahindra group plans to invest $1 billion across business verticals in the US over the next five years as it aims to double revenues from the American market to $5 billion. 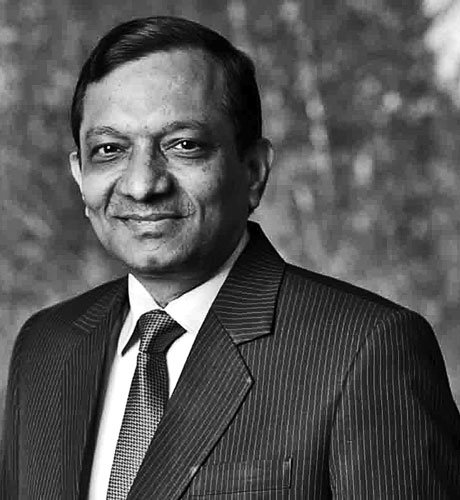 The quantum of investment, however, would depend on various factors like market conditions and success of various projects that are currently underway in the US, he added.

Elaborating on various strategic projects, Goenka said the company has bid for a US postal service contract and if it comes through it would help the company grow exponentially in the country.

When asked about the group’s ambitions in terms of revenues in the US, Goenka said: “In the next five years, we are targeting doubling revenue to about $5 billion.”

The $19-billion group currently generates around $2.5 billion from its seven business verticals in the US. The major group firms active in the country include IT major Tech Mahindra and Mahindra USA, which sells tractors and utility vehicles in the western country.

When asked to elaborate on the factors that would help the company achieve desired results, Goenka said growth would be led by various factors like the launch of a new off road vehicle by its arm Mahindra North America Technical Centre (MNATC) besides other group entities.

"The growth will be led by Mahindra USA where we intend to double revenues from $500 million to $1 billion in next five years and then there is Tech Mahindra," he added.

Mahindra is also looking at doubling its manpower in the country over the next five years. “Mahindra currently employs more than 3,000 locals in the US and as things are going we are going to double that over the next four-five years,” Goenka said.

He said success of the Mahindra brand in the US is very important for the company, as accomplishment in the country would mean recognition in various other geographies.

“Building the Mahindra brand in the US is very important for us because it is the place everyone looks up to. The brand which gets successful in this market gets automatic recognition in so many places,” he said.

While confirming that Tech Mahindra is facing visa issues, he said the IT major is working on resolving the matter. “Other than IT business where there are both locals and people brought in from India, none of our other businesses have a huge number of Indians (brought) to the US for work,” Goenka said.

He further said: “The company’s objective has never been to bring in people from India. We have invested here, we have employed people here and thus we are not really been impacted by the new polices.”

After being nudged by the Trump administration, the IT major Tech Mahindra now has been focusing on local hiring. It has been recruiting from colleges in the US and this year it plans to add around 2,200 people in the country, which remains its biggest single market in the world.

When asked if the company is facing any discrimination in the US, Goenka said: “There is no discrimination I can think of in conducting business in the US...laws, taxes are same for everyone. I don’t see any kind if disadvantage for Indian multinationals here.”

Besides, MNATC, Tech Mahindra and Mahindra USA, the group is also present across various other verticals including aviation, electric two-wheelers and supply chain.