The government has set up a 19-member panel, with three members linked to the RSS and VHP, to carry out what it says will be scientifically validated research on cow-derivatives including its urine, and their benefits, according to an inter-departmental circular. 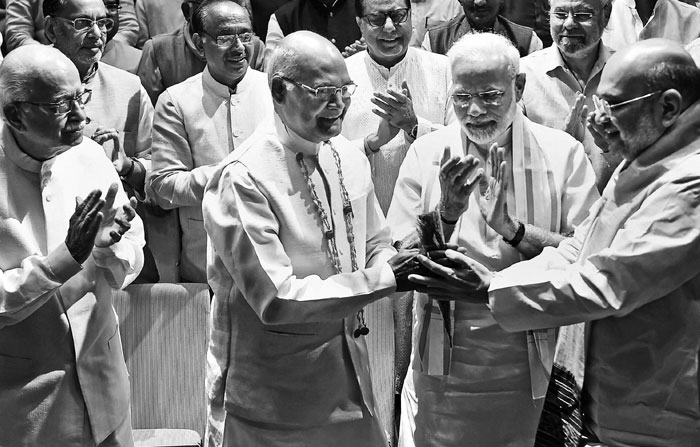 The government has set up a 19-member panel, with three members linked to the RSS and VHP, to carry out what it says will be scientifically validated research on cow-derivatives including its urine, and their benefits, according to an inter-departmental circular.

Headed by Science and Technology minister Harsh Vardhan, the committee will select projects that can help scientifically validate the benefits of panchgavya — the cow dung, cow urine, milk, curd and ghee — in various spheres such as nutrition, health and agriculture, says the circular. Named the National Steering Committee, the panel includes secretaries of the departments of Science and Technology, Biotechnology, Ministry of New and Renewable Energy, and scientists from the Indian Institute of Technology (IIT), Delhi. It also has three members of Vigyan Bharti and Go-Vigyan Anusandhan Kendra, outfits affiliated to RSS and VHP.

The government circular says former CSIR director RA Mashelkar, known for vigorously campaigning against US patents on turmeric and basmati rice, is also a member of the panel. The others include IIT-Delhi director Prof. V Ramgopal Rao and Prof. V K Vijay of IIT’s Centre for Rural Development and Technology. The implementation the “national programme” for Scientific Validation and Research on Panchagavya or SVAROPcomes amid rising incidents of violence in the name of saving cows.

The circular says the panel, which will have a tenure of three years, will function as an apex body for guiding SVAROP. Vijay Bhatkar, the president of Delhi-based Vigyan Bharti, an RSS-affiliated science body, is the co-chairman of the committee. Known as the architect of the Param series of supercomputers, Bhatkar is also the chancellor of the Nalanda University in Rajgir, Bihar.

Bhatkar confirmed the creation of the panel tasked with projects that scientifically validate research on indigenous cow and also the panchagayva. Its two RSS-VHP-linked members are A Jayakumar, secretary general of Vigyan Bharti, and Sunil Mansinghka of the Nagpur-based Go Vigyan Anusandhan Kendra.