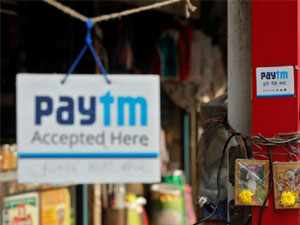 The Swadeshi Jagran Man?ch, a RSS outfit, has intensified its anti-China campaign asking people not to use digital payment major Paytm and the government to disallow Chinese investments in such firms for economic and security reasons.

“We have given a call to people and asked them to stop using Paytm. We also asked the government to disallow investments in companies like Paytm from China because it is prone to security hazards and economic problems, which is not going to be in the best interest of our country,” SJM co-convenor Ashwani Mahajan was quoted by PTI as saying.

This statement comes amid India’s border standoff with China in Dokalam. Mahajan said too much of foreign investments flowing into India, from China as well, will create a situation like in Sri Lanka where it had to part with its airport in exchange for its debts.

He said Paytm, which was being projected as an Indian initiative, is not so as Alibaba and other Chinese fir?ms own a majority part of it. Chinese investors and firms are not only interested in Indian commodity market, but also want to capture its service sector because they have plenty of surplus cash with them, Mahajan said.

“More investments will create a situation where in India will have to pay for the income generated by foreign firms. You have to pay for royalty, income, dividends and interests,” he said.