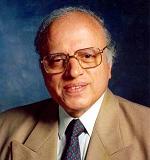 More than 2,000 years ago five major ecosystems were described in the Sangam literature of Tamil Nadu. These are wetlands, dryland, hill area, coastal area and irrigated area. Wetlands were given importance since they serve as guardians of the wellbeing of the human population. For example, the coastal wetlands serve as the home for mangroves. During the tsunami of 2004, mangrove bioshields protected the local population from severe damage to life and property. Inland wetlands serve as drainage points and help to protect towns and cities from floods.
Keeping in view the critical role played by wetlands in human security and wellbeing, the UN decided that February 2 of every year should be commemorated as World Wetlands Day. A Convention on Wetlands was adopted in the Iranian city of Ramsar on February 1971. The Ramsar Convention provides information on the homes of migratory birds. The theme for the World Wetlands’ Day this year will be “disaster risk reduction.” Hence it will be appropriate to briefly refer to the harm caused by destruction of wetlands. In December 2015, Chennai witnessed unprecedented floods causing damage to the civic infrastructure as well as to the people residing in homes in low lying areas. Studies have shown that one of the reasons for such unprecedented floods is a clogging of the natural drains.
In the real estate development plan, the natural sources of drainage are often neglected. This is one of the primary reasons for the occurrence of flash floods. The Supreme Court has ordered that housing plans should be accompanied by parking plans before they approved for construction. Similarly, there after we should insist drainage plans to be prepared before the detailed architecture of housing colonies is finalised. The importance of natural drains is yet to be realised and hence legal provision for making drainage plans mandatory will be very helpful. The other area which requires attention is the conservation of wetland biodiversity. Mangroves are good examples of the valuable genetic heritage. Mangroves help not only to prevent erosion but also moderate soil water salinity. In the root systems of mangroves, fishes grow in plenty because of the nutrient supply by the root exudates.
We should also protect the Ramsar sites where migratory birds come to breed. Unfortunately many of these sites are in ecological distress. Migratory birds provide not only great joy by their beauty and ability to fly long distances, but also enrich coastal biodiversity. We should protect their breeding grounds since otherwise we will lose the unique opportunity of enriching our fauna.
This World Wetlands Day, we should launch a wetland’s literacy programme in all educational institutions. This will be useful if we develop a cadre of men and women in panchayats and municipalities as wetlands managers. They should be able to guide the concerned grassroot democratic institutions on methods of ensuring that no harm comes to wetlands as a result of human activity. The Anthropocene Era which we have now entered stresses the importance of human action in the conservation of our natural resources.
The authors of the Sangam literature deserve our great appreciation on their foresight in including wetlands among the five major ecosystems of our planet. They also emphasised the need for an ecosystem to be managed in an integrated way. Ecosystem based agriculture will be more sustainable than random cultivation. In the case of mangroves, we should promote a charter for mangroves which will help to ensure joint mangrove forest management which will help local communities and the officers concerned to work together in ensuring that mangroves are conserved and sustainably and equitably used based on the principles of the convention on biological diversity
The Sangam Literature as well as the choice of a mangrove for being cultivated as the temple tree in the famous Lord Nataraja temple at Chidambaram provide evidence of the recognition from early days of the importance of these crops to human wellbeing. Urban wetlands also provide opportunities for growing a variety of vegetables and foods even on rooftops. Thus, peri-urban horticulture could be an important method of augmenting nutrition security using water from wetlands in a judicious manner, as for example techniques associated with more crop per drop.
I hope that this year’s World Wetlands Day will help to stimulate the growth of a movement for conserving wetlands for sustainable ecological and food security. In particular, there is urgent need for regulating the construction of buildings by closing down wetlands. Already, the harmful impact of such an indiscriminate urban construction work is well known.
The wetland managers of every village, town and city should do their best to generate awareness of the need to conserve them for the wellbeing of all the population in the area including farm animals and other fauna. The opportunities for inland aquaculture in wetlands should also be examined. This will provide another avenue of strengthening nutrition security. I hope the wetlands day will be followed by concrete action in spearheading a movement for making wetlands a source of a green environment.

(The writer is is an agricultural scientist who led India’s green revolution) end-of
Tags:
op-ed
Latest From Editorial