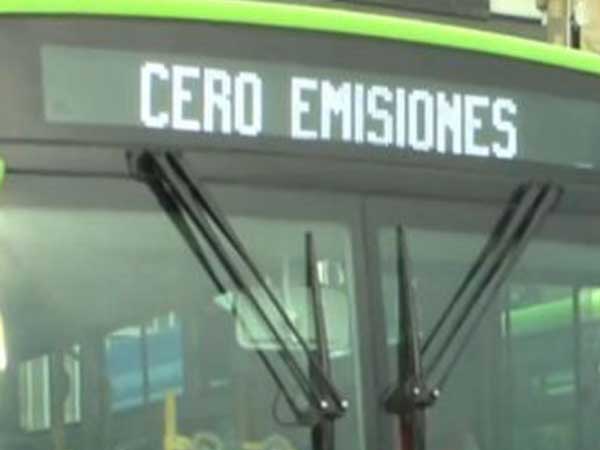 Chinese storage and electric vehicle maker BYD plans to strengthen its foothold in India by setting up a joint venture company with Goldstone Infratech to manufacture and service battery-powered buses. This would make it the first overseas company to have manufacturing operations in new energy vehicle market in India that is set to grow fast after the government announced a switch to electric vehicles by 2030.

BYD proposal on JV operations would soon be discussed at the company’s board. The Chinese major has a technical tieup in India with Goldstone Infratech (GIL) to make electric transport buses. This arrangement would be given priority in any future JV plan.

“We are in discussions with Goldstone for putting up joint venture operations that will take care of after sales service, quality, R&D and training for electric buses.

“As both Goldstone Infratech and BYD are listed entities, this will need board approval from both the companies. Some clarity on JV and investments would emerge in three to four weeks time,” Zhang Joe Ketsu, executive director, BYD India told Financial Chronicle.

He, however refused to give a number to the investment that BYD would put in joint venture operations as the details were yet to be worked out. BYD has a 50:50 joint venture in China with Daimler for manufacture of new energy vehicle Denza where the two have put in $150 million, so far.

Sources said its Indian JV with Goldstone could also get similar investment with more money being pumped in once the scale of new energy vehicle market in India grows. Under the investment plan, BYD-Goldstone JV would first focus servicing and R&D operations for e-vehicles in India. Later, BYD could also pick up to 50 per cent stake in Goldstone that will allow it to be an equity partner in GIL’s India operations that includes two plants that make electric buses using BYD technology.

GIL had assembly plants for e-buses near Hyderabad with a 600-unit capacity. Another plant in Bidur, Karnataka, with a capacity of 1,500 units is being set up.

The Hyderabad-based company recently bagged orders to supply 100 e-busses to Telangana, 150 to Bangalore and 40 to Mumbai. Once the order book enlarges, the Chinese would finalise it’s investment and manufacturing plan.

“We plan to make India a major hub for exports of e-buses to neighbouring countries like Sri Lanka, Nepal, Bhutan, Myanmar and Bangladesh in the near future. BYD’s technology is best suited for these markets,” GIL president (str?ategy) Naga Satyam said but refused to comment on plan to jointly manufacture e-buses with BYD.

Prime minister Narendra Mo?di’s meeting with Chinese president Xi Jinping last week is being seen as big positive for Chinese companies investing in India. This has also prompted BYD to explore further investment in Indian e-vehicle market. “The meeting between the two leaders makes us more confident. As an investor this gives us confidence – we can invest more, we can commit more to Indian market,” Zhang Jie (Ketsu) said.

BYD’s plan for India will not be limited to e-buses. Sources said the company would also explore introducing its e- cars. For this initiative, it may scout for an Indian automobile partner looking at big-ticket investment in new energy vehicle segment. BYD showcases its top of line electric car at recently concluded Beijing motor show that will be tested in China first from 2019.

Currently, Goldstone-BYD offers two types of buses – eBuzz K7 (9 metre) and eBuzz K9 (12 metre) – in India. These models cover up to 250 km at a speed of 70 kmph on a single complete charge that takes about 4 hours. More models are proposed to be introduced later.

Shenzhen-headquartered BYD is a manufacturer of electric vehicles, batteries, power storage devices, and has invested around $150 million in India since 2007 in the batteries business, under wh?ich it has manufactured mobile phone batteries. Currently, apart from batteries, BYD has technical tie up with GIL for assembly and sales of electric buses.  The localisation level in buses is currently Goldstone Infratech’s President Strategy Naga Satyam said currently around 35 per cent, which GIL plans to increase to 50 per cent over the next two years.